This rally translated into slightly improved volumes on the forward market with hedging spread across micron groups from 18-21 micron and maturities from November through to September 2022.

Key microns hit grower short-term targets with the 19 micron contract trading pre-Christmas at 1710 cents up to 1740 cents — a 30-cent premium to cash in the late Summer and early Autumn.

Bidding remained solid to close the week. Fine wools (18 micron) traded at a discount to cash at 2050 cents, with the market predicting a tightening of the basis from its current high levels as indicated in the graph below. 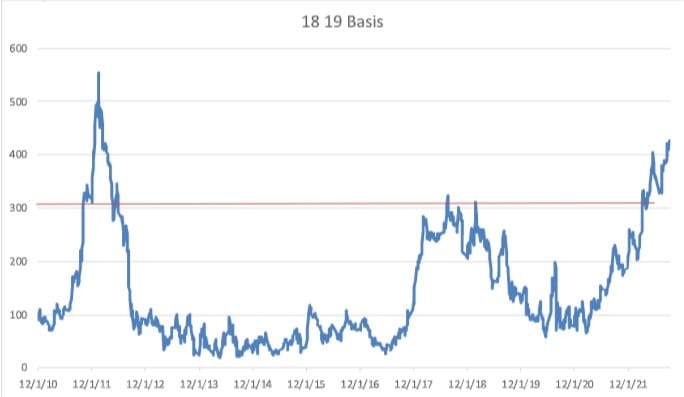 We expect this pattern to continue next week with the market seeing the medium wools slightly undervalued, while the fine wools remain in the 75th to 80th percentile of prices for the last decade. 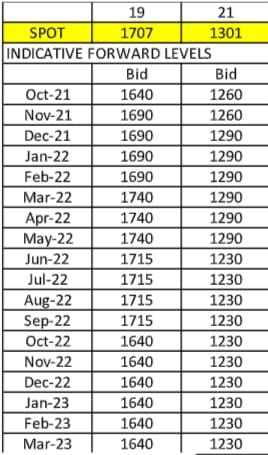