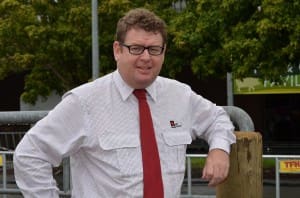 HIGHER lamb and wool prices have helped drive the NAB Agribusiness Rural Commodities Index 4.2 percent higher in May in Australian dollar terms and up 3.4pc in US dollar terms, the bank said today.

General Manager of NAB Agribusiness, Khan Horne, says the AUD resumed its downward trajectory in the month, which provided further support to local prices. The bank expected the AUD to weaken to US73 cents by next year.

Mr Horne said lamb prices were up by 6.4pc in May, with the National Trade Lamb Indicator averaging AU573.1c/kg.

“This uptick in prices has continued through early June.”

Wool continues to rally, with the Eastern Market Indicator at its highest level since mid-2011 and averaging AU1238c/kg, up 9.8pc. The recent gains break a period of relative stability in wool prices, and if sustained, should improve grower profitability, NAB said.

Mr Horne said helping drive the rebound in the index was the upward momentum in cattle markets, which continued in May.

“Leading this was very strong feedlot demand, which contributed to the 8.3 per cent rise in the Eastern Young Cattle Indicator in May to average AU478.6c/kg.

The bank said in terms of production conditions, the Bureau of Meteorology’s declaration of El Niño continues to cloud the production outlook, particularly for winter grains.

“The impact of El Niño events varies considerably and it is still too early to judge what, if any, impact the current event will have for agriculture.

Mr Horne said NAB expects the Australian dollar will continue to weaken in the second half of the year.

“Based on our forecasts for activity, the labour market and inflation, we don’t expect to see the RBA make further cuts to interest rates, however if forecasts are not achieved this remains a possibility.

“We expect the next move in rates will be up, but not until late 2016 and with a lower end point for the cash rate of around 3.5 per cent,” said Mr Horne.