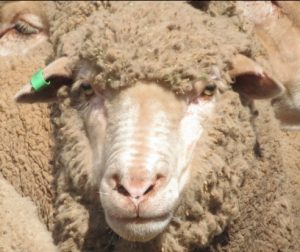 STRONG demand for more valuable sheep meat and wool exports is helping to underpin a forecast increase in Australia’s farm production value, according to the latest ABARES Agricultural Commodities report.

However, as the strong saleyard prices and widespread dry conditions provided producers with an incentive to increase turn-off rates in the second half of 2017–18, the rate of growth in the national flock has been reduced.

As a result, the national sheep flock is estimated to remain relatively constant at around 72 million head. In 2018–19 if average seasonal conditions return after a dry winter, producers are expected to have an incentive to increase flock numbers, ABARES said.

ABARES said lamb and wool production are forecast to contribute strongly to growth, driven by price growth and a depreciating dollar. Overall ABARES expected the gross value of farm production forecast to total $60.5 billion in 2017-18 and increase to $61.4 billion in 2018–19.

Higher export earnings for lamb, wool, beef and veal, and cheese and cotton is underpinning an ABARES farm exports value forecast of $47 billion in 2018-19. ABARES is forecasting a rise in the total value of Australia’s farm production to $61 billion, well above the 10-year average.

Minister for Agriculture David Littleproud said dry seasonal conditions during autumn had seen a shaky start to the crop season in eastern Australia, however overall crop value should remain unchanged.

“Cotton exports are forecast to rise by a huge 18pc to $2.6 billion thanks to world consumption outpacing world production, lifting prices.

“Wool exports are forecast to increase 9pc to $4.7 billion as limited growth in the world supply of fine and superfine wools lift prices,” he said.

“Lamb exports are forecast to rise by 10pc to $2.3 billion, while the value of beef and veal exports is forecast to increase by 2pc to $7.8 billion.

ABARES expected many of the recommendations of the recent McCarthy Review of Middle East live sheep exports during the northern summer months are likely to require a reduction in the stocking density on ships, which will reduce the revenue that can be earned on each voyage.

“This is likely to reduce the profitability of live exports, and in the long term lead to structural adjustment by sheep farmers, exporters and domestic meat processors.

“In the short term, the Australian Government has reaffirmed its policy not to ban live animal exports during the coming northern summer,” ABARES said.

The full June Agriculture Commodities is available on the ABARES website at www.agriculture.gov.au/ag-commodities-report.