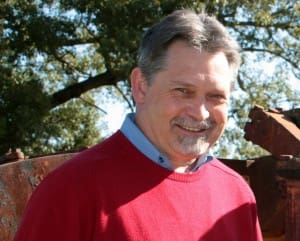 Australian retailers in recent years have been coming up with new ways to present lamb, many of which will be available on Australia Day as part of the MLA Never-Lamb-Alone campaign, but research identifying potential new cuts in heavier lamb carcases is expected to accelerate this process.

The Sheep CRC research is based on an investigation into how sheep meat is served in countries around the world, as well as how meat from other species such as pork and beef is processed and presented for sale.

The Cooperative Research Centre for Sheep Industry Innovation (Sheep CRC) project is documenting nutritional and eating quality data for new cuts from heavier lamb carcases so that consumers and the retail trade can make objective comparisons of the merits and value of each individual cut.

“Our work will provide comprehensive information regarding large lamb cuts in terms of eating and nutritional qualities, estimated weights and the best cooking methods, as well as identifying potential novel cuts by looking at how lamb, pork and beef are served in countries like the United States and the United Kingdom that have traditionally produced heavier lamb carcases than we do in Australia,” he said.

Cuts cited as having potential for investigation for eating quality, nutritive value and cost, are identified in a report ‘The Nutritive Value and Eating Quality of Australian Lamb Cuts manual’ which includes a cuts information matrix. It is available for download at www.sheepcrc.org.au

Some potential new cuts being investigated include:

– Country-style ribs: Cut from the blade end of the loin close to the pork shoulder. They are meatier than other rib cuts. They contain no rib bones, but instead contain parts of the shoulder blade (scapula).

– Silverside: Prepared from a leg-chump on boneless by separating the primal along the natural seam between the inside and thick flank.

– Knuckle: Prepared from the thick flank with the cap muscle and fat cover removed

– Topside: Prepared from a leg-chump on boneless by separating the primal along the natural seam between the thick flank and silverside. The pizzle butt, fibrous tissue and lymph node gland and surrounding gland fats are removed.

– Outside: Prepared from the silverside with the heel muscle removed along the natural seam. Outside is denuded to silver skin.

– Eye of shoulder or chuck tender: Generated from the chuck. It is a single muscle (Supraspinatus) which is located at the lower portion of the scapula spinous processes. It is also called mock tender or scotch tender.

With the production of heavy lambs (over 25kg) increasing in the national flock, the Sheep CRC’s meat science program is investigating ways to improve their value to processors and retailers who currently discriminate in favour of lighter lamb carcases.

Dr Hopkins said a comparison of cuts suggested there were a number of lamb cuts utilised in other countries which have potential in Australia, as well as some comparable cuts from other species for future investigation.

Dr Hopkins said the manual, ‘The Nutritive Value and Eating Quality of Australian Lamb Cuts’ is a compilation of the industry’s existing knowledge about the full range of sheep meat cuts, and will change over time as additional nutritional and eating quality data is obtained to describe the range of new cuts as they are developed.