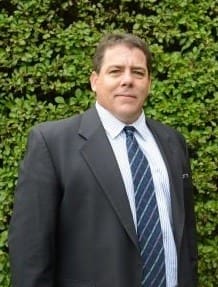 LAMB producers from three states have rushed to fill Thomas Foods International’s latest forward contract offering up to 950c/kg for Spring-Summer delivery to its Tamworth plant in New South Wales.

The contract offered a starting price of 930c/kg for Merino lambs in November, dropping to 880c/kg by late February.

Mr Leonard said the aim was to secure about 50pc of the plants lamb capacity for that period, but the company accepted another 10pc for January-February to total about 400,000 lambs.

“Our strategy is that we will continue to go forward with pricing to enable producers and agents to be able to put lambs out with confidence.

“From our perspective, we’ve got an obligation with our global partners to make sure that we can deliver and that we have got the lambs 52 weeks of the year.”

Mr Leonard said the company’s business had got to a level that the volume of lamb required did not allow it to rely on an uncertain supply of lambs. He said the oversubscription of the contract indicated most producers and agents saw its rates as “very fair money.”

The higher price – 200 cents/kg higher than last year — the season and numbers of lambs available had fuelled the readiness to fill the contract as well as the similar turn-off pattern to last year, Mr Leonard said.

“Like last year, a lot of lambs appear to be going out as store lambs at this stage, most to the eastern states, and obviously they are going to come back.

“So we know that the lambs are out there and that they will come back in that December-January-February, with another run of lambs in March-April-May,” Mr Leonard said.

Mr Leonard said the company would also release a forward lamb price in the near future for its Lobethal plant for January-February-March period.

Mr Leonard said with the current strong protein demand – beef, lamb and goat — lamb pricing has gone to a new level over the past 12 months.

“I think consumers, domestically and globally, have accepted that there is a protein shortage in the world and with the growing population unfortunately that this is the new normal.”

He said consumers are more prepared to invest in good quality food as against other discretionary spending options.

“I think the key is people are prepared to pay as long as they get consistent high quality product at this price level.

“What they won’t accept paying big money for is a second rate article.”

Quality is coming through more consistently

Mr Leonard said along with better genetics and pasture management, supplementary and lotfeeding, there is no doubt that people have been feeding lambs to a higher finished standard over the last five years.

“The one thing these feedlots and supplementary feeders have provided for the industry is a much more orderly sell-off of lambs.

“You are not seeing that flush of lambs that would tank prices and the times when there are terrific shortages,” he said.

“So it has allowed for a much more orderly sell-off, but more particularly we are seeing a more consistent and better quality run of lambs.

“What we saw this year was that we weren’t having to average 30-32kgs in consignments, and most of our lambs have averaged 25-27kgs right through the year,” Mr Leonard said.

Not being in a drought scenario has also meant fewer lambs being overfed in feedlots, with more supplementary fed lambs backgrounded off good pasture or crops, he said.

Mr Leonard said there is no doubt there is fantastic global demand for Australian lamb, and from TFI’s perspective, particularly in North America. Shipping issues and global protein shortages have added to this.

“And also with the COVID (metropolitan processor workforce) restrictions that have come in place in the last six weeks along with the shipping issues that we are having, you are not seeing the volume of lamb being processed that would have been processed,” he said.

“It has probably created somewhat of a shortage of lambs that customers would have required and everyone is in the same boat; we are finding it difficult to fill all our commitments in a timely fashion.

“It’s been out of the control of the processors through lack of labour and also with the shipping issues, so that’s probably helped the demand to continue and the return on lamb from our global customers has been strong,” Mr Leonard said.

Mr Leonard said the price of livestock has improved in line with the cost basis and demand for lamb.

“I’ve never seen the business so aligned in the 35 years I’ve been involved in it – processors and producers are actually doing quite well together at the moment and you very rarely see that.

“It’s (usually) either we’re doing well and they are not doing well, or if they are doing so well, we generally aren’t.

“Nothing will last forever, but this is how you want it to be, with everyone along the supply chain benefiting as they go and everyone happy with where the market,” he said.

“But there will be some headwinds as we come into the January till December period, when global demand, particularly in North America, sometimes can be a little bit more challenging.

“Certainly for the next 2-3 months most processors would be locked and loaded with where there returns are,” Mr Leonard said.

“In the short-term, over the next 2-3 months, it appears that there is enough confidence in the industry that the demand will continue.”

The National Livestock Reporting Service’s Eastern States Daily Indicators closed this week at 947c/kg for heavy lamb, 939c/kg for trade weights, 912c/kg for light lambs, 875c/kg for Merinos and 1028c/kg for restocker lambs. The ESDI for mutton finished at 632c/kg.