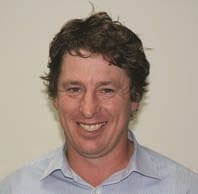 Profitable prime lamb producers are focussing on production per Dry Sheep Equivalent, an analysis commissioned by Meat and Livestock Australia has found.

And the growth rate of lambs to sale appears to be a defining factor for the top producers.

The Prime Lamb Situation Analysis, commissioned by MLA and co-authored by Holmes Sackett director Sandy McEachern, found that the top 20 percent of prime lamb producers in the HS database take a disciplined approach to spending decisions and have a keen focus on maximising kilograms of lamb/DSE.

Production/DSE is a function of reproductive rate, growth rate to sale and sale weight, and is basically a measure of how efficiently producers are using the feed they’re already growing.

“This leaves growth-rate-to-sale as the most likely cause of differences in production/DSE.”

The analysis recommends future extension work to help producers understand how to adjust their production system to achieve higher production/DSE, while allowing costs to be controlled.

Another recommendation is extension work to show producers how to adjust their variable expenses to better match the potential production on their farm.

The report also highlighted the need to investigate the competitiveness of lamb production in lower rainfall environments (less than 650mm), which it found were struggling to compete against cropping and wool.

It identified a number of opportunities for producers to improve productivity in the next five years, including:

“But the key is to first implement those changes that will give you the best return for the least cost.”

“They have great financial discipline and take the time to work out any spending decision’s effects throughout the whole farm system.”

The 2013 analysis revealed that lamb production has been one of the most profitable livestock enterprises, with recent high prices generating substantial profits, despite rising costs of production.

It found the gap between the top 20pc and the average profit levels appear to be due to cost control and differences in kilograms of lamb produced/DSE, rather than production levels/ha.

“The key driver used to be production/ha, but there has been a lot of extension work done in this area and industry appears to have responded,” Sandy said.

“Prime lamb production/ha continues to increase year-on-year, with the most profitable producers appearing to have hit a ceiling,” Sandy said.

“The people who are making the most money now are focused on production/ DSE.

“They also haven’t been seduced into complacency by high prices and have maintained firm control over costs, particularly labour.”