Lamb and hogget eat well in Australia, China and the US 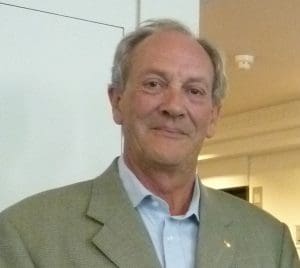 A team led by Professor Dave Pethick, of Murdoch University, found consumer perceptions of different lamb and yearling cuts were remarkably consistent in Australia, the United States and China.

EXTENSIVE lamb and hogget eating quality testing with American, Chinese and Australian consumers has indicated potential for the development of new yearling products in the markets.

The series of international tests focussing on identifying differences in how Australian, US and Chinese consumers rate the experience of eating Aussie lamb and yearling sheep meat also revealed they all love Aussie lamb.

The 12-month study led by the Cooperative Research Centre for Sheep Industry Innovation (Sheep CRC) and co-funded by the Department of Agriculture and Food in Western Australia, was aimed at identifying taste preferences so that the Australian industry could grow its export markets in a targeted way.

Instead, the team led by Professor Dave Pethick, of Murdoch University, found that consumer perceptions of different lamb and yearling cuts were remarkably consistent throughout the three populations.

About 720 people in each country participated in the trials, and sensory scores were generated according to Meat Standards Australia consumer sensory panel protocols. Using product sourced from the Meat & Livestock Australia Industry Resource Flocks at the University of New England, Armidale, and Department of Agriculture and Food Western Australia, Katanning, the consumer panels were asked to rate short grilled loin and topside cuts for tenderness, juiciness, liking of flavour, overall liking and odour.

Professor Pethick said further detailed analyses was required regarding aspects of tenderness, juiciness and flavour, willingness to pay and the star rating thresholds given by the consumers in each country, in order for the industry to gain more meaningful insights which could be used to improve marketing in those countries.

“Overall, the loin samples for both lambs and yearlings received the highest rating from consumers across the three countries, which aligns with previous results.

“However, in our previous research the topside samples from yearling animals have scored lower than lamb meat by up to 10 consumer points, whereas in these trials the gap between yearling and lamb scores was less than 3 points,” Professor Pethick said.

“This could open the way for new yearling lamb products to be developed for those markets.”

Professor Pethick said he still believed that hogget topside would eat “lower” by a larger amount than lamb topside.

“But the other intriguing thing – and I don’t know whether lamb has changed — is that the actual topsides were eating better fullstop as well.

“In the current MSA model we don’t even allow them as a grill, but based on the data that is coming through we’ll have to start reconsidering that – they are rating better fullstop.”

Professor Pethick said it was hard to know if enough data had been collected to inform a hogget or yearling sheep meat marketing campaign.

“There are all sorts of other issues as to whether there is enough supply and sustainability.

“But in terms of just looking at the scientific data, there is no question a lot of (yearling) product has potential.”

Professor Pethick said the research project was undertaken due to the importance eating quality has on driving consumer demand within Australia.

“Both the United States of America and China are very important market destinations for Australian sheep meat products, albeit with a very different product mix entering both countries.

“However, the perceived eating quality of Australian lamb and sheep meat as determined by American and Chinese consumers had never been tested before in controlled experiments,” he said.

The Sheep CRC operates as part of the Federal Department of Industry, Innovation and Science’s CRC program. It is a collaboration of over 40 organisations from across industry, government and the commercial sector, and includes producer groups, farm advisers, universities and research organisations, meat processors and retailers.

More information is available at www.sheepcrc.org.au