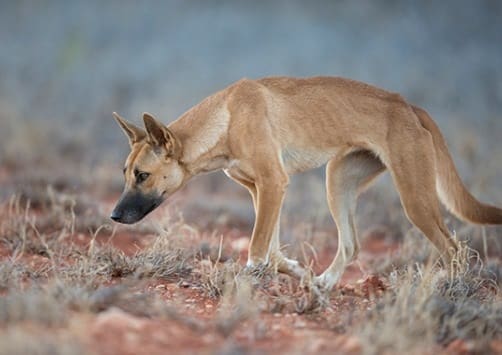 BI-PARTISAN support for a $25 million upgrade to South Australia’s 100 year-old wild dog fence has been achieved just days before the Federal Election.

SA farming bodies were told earlier this month that a re-elected Morrison Coalition Government, with joint funding from the South Australian Government and industry, had committed to the $25 million upgrade.

And today Labor’s shadow agriculture minister Joel Fitzgibbon also said Labor will provide $10 million in funding towards the dog fence, on the basis that state and industry provide funding of $15 million, to make a $25 million investment.

The election commitment from both sides of federal politics seemingly secures the replacement of 1600 kilometres of the ageing 2150 kilometre-long South Australian Dog Fence.

Federal Member for Grey Rowan Ramsey and South Australian Minister for Primary Industries and Regional Development Tim Whetstone made the election commitment on May 2, and Labor’s commitment follows the party’s release of its agricultural policies in the lead-up to the May 18 federal poll.

Mr Ramsey said the Morrison Government’s commitment to renewing the fence was an “absolute game changer” for the state’s livestock industries.

“Investing in the Dog Fence is a multi-generational investment in our livestock industry.

“The current fence is 100 years old and in desperate need of renewal and an upgrade will serve the industry well into the future,” Mr Ramsey said.

Minister Whetstone said the South Australian Government is committed to partnering with the Morrison Government and industry to renew the state’s Dog Fence.

“The Marshall Liberal Government will provide $10 million towards the required works if $10 million of Commonwealth funding and $5 million of industry sector funding is secured,” said Minister Whetstone.

“The South Australian Government looks forward to working with both the Morrison Government and industry to finalise arrangements to renew this very important asset.

“It is the longest continuous fence in the world, and a crucial part of supporting and protecting the South Australian sheep industry.

“The $25 million announcement today to replace 1600 kilometres of ageing fencing will ensure its continued effectiveness and support pastoralists from the ongoing threat of wild dogs.”

Mr Ramsey said a re-elected Coalition Government will “front-load” the dog fence investment by making $1 million available now and the balance as one of the first projects delivered from the $3.6bn Drought Future Fund, which kicks in on 1 July.

“The fund will provide $100 million a year to assist Australian farmers to prepare and deal with drought. This investment is just the first example of the benefits of this new fund.”

Mr Fitzgibbon yesterday said a Labor government would provide $400 million over four years to implement the Farm Productivity and Sustainable Profitability Program, ”delivering the same level of funding the Morrison Government has promised from the non-existent Drought Future Fund without abolishing the Building Australia Infrastructure Fund.”