Keep FMD out at any cost, livestock producers advise Senate 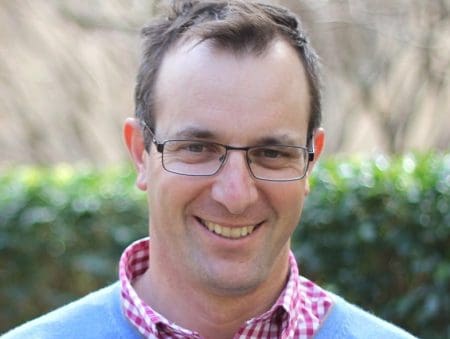 AUSTRALIA’S biosecurity system is underfunded and inadequate to exclude or mitigate a Foot and Mouth Disease incursion, according to a group of commercial livestock producers and agriculturalists.

The group, led by New South Wales sheep and cattle producer Angus Hobson, has made an eight-page submission to the Senate’s inquiry into the Adequacy of Australia’s biosecurity measures and response preparedness, in particular for FMD.

The group’s submission is among 71 made to the inquiry before its next hearings on 8-9 September next week.

Mr Hobson said the group believes federal and state government and industry bodies are overestimating Australia’s ability to rapidly efficiently control and eliminate an FMD incursion, and underestimating the speed with which the nation could re-establish market access.

“And therefore, and most critically, we are underestimating the imperative to keep FMD out of Australia period.

“The best thing we can do is keep it out at any cost.”

The submission highlights that funding and in particular sustainable funding, as “the major rate-limiting factor for biosecurity capability (people and systems)”, especially ensuring funding levels are commensurate with changes in incursion risk.

“Indeed, in the absence of fundamental improvements in funding for Australia’s pre-border (preventative) biosecurity measures, modelling has indicated the potential increase in residual biosecurity risk may be as high as 75-200% (R. Delane, pers comm).” Rob Delane was Australia’s Inspector-General of Biosecurity for three years until July 2022.

The Hobson submission also suggests that despite Australia’s “commendable levels of preparation to date,” the nation’s performance with COVID-19, and the historical trajectory and timelines of FMD infections in other countries have “produced unanticipated issues and wholesale systems of failures.”

These have included underestimation of initial outbreak size, delays in reporting and containing initial infection, rapid overwhelming  of veterinary sampling and tracing capabilities and personnel, challenges with ‘managing’ media, over centralisation of decision-making and significant under-estimation of the mental health arising from FMD control measures. These concerns “highlight breadth and depth of the ‘false sense of security’ that can arise from well-intended planning, including in countries with far more experience with FMD than Australia”, the submission said.

The submission also suggests it is implausible that any regional Australia-wide lockdown (of livestock and people) could be effectively enforced for any length of time. And especially if FMD gained a foothold in Australia’s geographically-spread populations of feral ungulate species — goats, pigs, deer, camels and buffalo – “it is feasible that an FMD/EAD infection may well have been circulating – unnoticed – in a feral animal population for a matter of weeks or more.

Other concerns listed in the submission are “substantial gaps in the continuity of domestic livestock traceability,” and limited understanding and implementation of on-farm biosecurity practices

The submitters believe a disproportionately high emphasis is being placed on qualitative assessments of incursion risk, such as the ‘structured expert judgement’ (SEJ) assessments conducted by the Centre for Excellence for Biosecurity Risk analysis in June this year. These indicated a theoretical FMD incursion risk of 11.6pc in the next five years.

Mr Hobson said this has repeatedly been flagged as indicating a “low risk” which seems at odds with other assessments, including Chief Veterinary Officer Mark Schipp’s assessment of a heightened FMD danger period of six months, and comments that authorities believed an EAD outbreak could be imminent.

“That (SEJ) exercise was run pre-Bali (outbreak), it was run on a five-year timeframe that is not helpful and it has no specificity to Indonesia,” he told Sheep Central this week.

“As with any deployment of emergency or defensive resources, intelligence around risk/threats must have sufficient detail and specificity to provide practical decision-support.

“In the case of assessing the risk of an FMD incursion to Australia, the SEJ process must be re-run to better reflect both the epidemic levels of FMDV in Bali/eastern Indonesia, as well as the highest-risk period as identified by the CVO (i.e. the next 6-12 months),” the submission notes.

The submission suggests that third party auditing of the SEJ assessments would give greater levels of stakeholder confidence “especially in those whose livelihoods depend on the accuracy of these assessments.”

Mr Hobson said if there has been any CSIRO modelling on disease incursions risks and impacts they should be released.

He said one of the key points of criticism after the first United Kingdom FMD outbreak was the lack of transparency and or accuracy in biosecurity incursion modelling.

“It’s the same with COVID, if you expect people to abide by certain rules then you need to make sure that you are doing whatever you need to do to give them confidence in the modelling.

“And one of the big points of criticism in the 2001 UK (FMD) outbreak was that there is a lot of conjecture around the modelling, including whether it was underpinning sometimes inadequate or excessive livestock culling decisions to bring the disease under control,” he said.

He said authorities should not try to “dampen down” or misrepresent risk assessments.

“Be open and transparent, obviously there are only x percentage of people who are interested in modelling, but they are probably the ones who are going to get most vocal if you try to hold back or dumb it down, especially if their livelihoods are on the line,” he said.

Victorian saleyard managers were told that CSIRO modellers refer to Victoria as the “perfect storm” for an EAD outbreak; however, CSIRO has not yet replied to a request made earlier this week for details on any CSIRO modelling on emergency disease incursion, spread and preparedness.

The Hobson submission concludes that the indefinite exclusion of FMD from Australia is “foremost and critical,” potentially with government and industry commitments to redeploy biosecurity resources away from post-border activities to strengthen pre and at-border resources. The submitters also recommend a significant increase in incursion planning and ‘practice runs’, and nationally co-ordinated feral animal control.

Dr Swan said Australia is in a comfort zone about its preparedness to detect and deal with disease incursions.

“From my understanding of the science and the commercial experience in our countries is that once it (FMD) is here it will be permanent and the damage to the industry and to society here will be massive.

“So in my view, it is very timely to have a serious look at our systems and arrangements for preparedness, but also to sanity check the claims that are being made about our preparedness and the the mounts of money that are being invested by groups like the RDCs and the tangible outcomes arising from those investments,” he said.

“This is a real opportunity and we are blessed as a country that we have not had this disease here.

“But there is no place for complacency and their is no basis for being content with what we are doing,” he said.

“I also have a personal view that we have a very very fragmented set of accountabilities here and many of the players or organisations in our disease response system, including the grower peak bodies and councils, are essentially enthusiastic amateurs.

Dr Swan said Australia had a very strong and well-resourced military to defend its borders with very clear command control, and hed never been invaded.

“I think our biosecurity system needs to be thought as a line of defence and treated as such and not have responsibility devolved to such an immense array or organisations and committees and agreements – clarity.

“What we need to have is a serious and frank discussion about our true level of preparedness and our understanding of the costs and consequences,” he said.

“Once this is here, this is one invasion that we will never be able eradicate and if we are like South Africa and we have recurrent outbreaks over a ten-year period because it is in our soils and our feral species, and there are reservoirs everywhere, what does that really hold?”

‘Be alert, not alarmed about foot and mouth disease’

In a recent LinkedIn post ‘Be alert, not alarmed about foot and mouth disease’ CEBRA deputy director Aaron Dodd responded to discussion about the SEJ risk assessments.

“Because the SEJ exercise estimated the likelihood of an outbreak in the next five years, participants did consider how the outbreak in Indonesia might evolve over that period – including the potential spread of the disease – before settling on their estimates,” he said.

“This means the current risk estimates already factor in the potential arrival of the disease in Bali.

“In fact, it would have been surprising had the disease not arrived there,” he said.

“So how do we reconcile the statements in the media that the risk has increased?

“Think about the chance of rain,” Dr Dodd said.

“The same can be said for an outbreak – the risk, per day, has increased as the disease spreads across Indonesia; but the risk, over the next five years, hasn’t because it was always assumed it would.”

The post prompted comments from Mr Hobson that the SEJ assessment for FMD is a “nebulous (bordering on meaningless) figure” and the five-year timeframe is “about as useful as telling me a drought is en route in the next decade.”

“No the results of the SEJ exercise do not suggest that (the) likelihood is 20-30% in the next six months.”

On why country-specific incursion risk isn’t assessed or why the risk time period wasn’t six or 12 months, Dr Dodd said an SEJ/IDEA exercise can be run for almost any variable of interest – with a range of caveats.

What do others say about communicating risk?

Deputy executive secretary of the European Commission for the control of Foot and Mouth Disease (EuFMD), Fabrizio Rosso, was asked what part does full disclosure as to the risk of an FMD outbreak in a country play in mobilising preventative and preparedness actions by that country’s livestock producers, border authorities and government agencies.

“All the mentioned actors should fully disclose, share information, and closely work together to prevent the occurrence of the disease or to control possible outbreaks.

“The potential socioeconomic damages of the disease makes it as a top priority for both public and private sectors involved,” he said.

“It is important for all stakeholders to understand the risk of an FMD outbreak and work together to mitigate these risks and ensure preparedness and appropriate response plans are in place.”

On whether there is any value in understating the risk of an FMD outbreak in a country, Mr Rosso said: “No, the risk of FMD in both free and endemic countries must be effectively communicated.”

“It is important to keep the livestock industry stakeholders updated on the risk of an outbreak.

“This has been the case for a number of years through the work of the CSIRO.”

“The downsides to this is if it does not happen people pay less attention to future warnings and there is a risk of complacency when risk levels fall again.

“The reality is that even when risk is low, disease can enter a country if you let your guard down,” he told Sheep Central.