VICTORIAN farmers have welcomed the first processing of kangaroos for human consumption in the state this week after the annual harvesting quota was boosted to manage a population increase.

Minister for Agriculture Mary-Anne Thomas last week announced an increase in the Kangaroo Harvesting Program quota in 2021 by 37,780 to 95,680 kangaroos.

To reduce waste and boost economic opportunities, Victoria’s Labor Government said it has also allowed the extra kangaroo meat to be made available for human consumption – not just for pet food as is currently the case – and look for opportunities to export the skins.

The development has meant the state’s deer shooters providing venison for human consumption could now also shoot and process kangaroos for the table, according to one processor.

The government said there has been a notable increase in the estimated statewide kangaroo population in the last three years. The 2020 survey estimates the current kangaroo population at almost 2 million across Victoria – up almost 40 percent compared to 2018.

“It’s about time – farmers have enough trouble getting permits (to control kangaroos) for their own situations.

“We think it is a good way forward,” he said.

“But it’s a pity that those permits could not be extended into allowing professional shooters to come in, that’s probably one downside.”

Mr Harrison said the increase in the quota would “absolutely not” lead to the decimation of the kangaroo population in the state.

“The professional kangaroo shooter shoots male kangaroos, so there will still be plenty of those smaller kangaroos in the system.”

Apart from their competitive grazing pressure with livestock, Mr Harrison said kangaroos are a constant threat to fences and therefore a risk to biosecurity between properties.

Multi-species processor Steven Castle processed his first Victorian kangaroos for human consumption at his Castle Estate plant at Koallah near Camperdown on Monday. He would be branding a local kangaroo meat product and said most of it will go into the hospitality trade and potentially to households.

“There has been more roo consumed in hospitality than anywhere else, I don’t think there are many people that cook kangaroo at home at the moment.”

In the expectation of the government’s decision, he said the business has been establishing a market for kangaroo meat with imported kangaroo carcases from New South Wales and South Australia.

“It’s definitely an acquired taste, but there is definitely a pocket of consumers that have an interest in the product.

“It will be a bit if a slow grind to get it up and going, but we think there is a market there.”

Mr Castle said he expected there could be shooters supplying venison for human consumption, who would now be able to supply kangaroos.

“You were not allowed to shoot venison for human consumption and kangaroos for pet food.

“Previously they couldn’t shoot kangaroo at the same, but now they can,” he said.

“There is no shortage of shooters or access to product – if there is a demand there for the product, there will be no problems getting the product, that’s for sure.”

Mr Castle expected to settle on prices for shooters over the two months.

“We will be working with a small number of shooters to work through the whole process and make sure that it’s going to work and the price is going to work, so everybody can make money.”

He said the kangaroo pet food supply chain is very strong, but he believed “there is plenty of kangaroos out there for everyone.”

“We’re happy, because I source 3000 roos a week out of New South Wales and bring them into Victoria.

Mr Rivett said Victoria is a hard place to harvest kangaroos compared to other states. 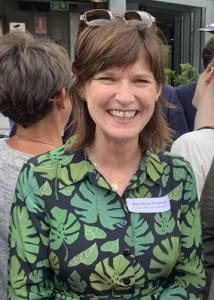 Ms Thomas said it is important that kangaroo numbers are sustainably managed in Victoria to reduce impacts on landholders and the community.

“This program provides a service to farmers and an income to trained professional shooters.

“The changes to how products generated from the Kangaroo Harvesting Program can be used, gives more options to harvesters and processors to make use of these animals and reduce waste – and create more jobs in country towns,” she said.

The State Government said while natural in the Victorian environment, over-abundant kangaroo populations compete with livestock for stock and feed, and damage crops and fences. Kangaroo meat is an environmentally friendly protein – the animals have less impact on land and they are a low-emissions meat source, the government said. Boosting supply of locally-sourced kangaroo meat will also reduce the environmental impacts of importing kangaroo meat from other states.

Only trained professional shooters authorised through the program meeting strict health and safety measures will be able to provide animals to abattoirs to be processed for the table. To be part of the program, harvesters must be authorised, hold a firearms licence and be accredited in firearm proficiency and game harvesting.

Harvesters must abide by the National Code of Practice for the Humane Shooting of Kangaroos and Wallabies for Commercial Purposes. Their vehicles and cool rooms must also be accredited through PrimeSafe.

Since October 2019, 86 harvesters and five meat processors have taken part in the pet-food-only program, with many calling for changes that allow processing for human consumption to support jobs in country communities.

Domestic demand for the high protein, low fat meat, plus interest from overseas for the skins, could help as many as 100 regional businesses grow, the government said.

The sustainability of kangaroo populations is protected through annual quotas, in accordance with Victoria’s Kangaroo Harvest Management Plan 2021-2023. The quota is based on population surveys and modelling from the Department of Environment, Land, Water and Planning and is set alongside the estimated numbers of kangaroos controlled under their Authority to Control Wildlife permit system.