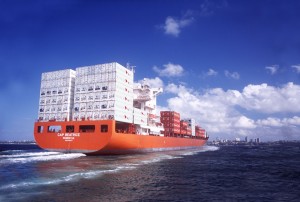 The Middle East, headed by Bahrain, Jordan and Saudi, took 6271t during July, a solid 20pc rise on the previous month, and about 16pc better than July last year. Year to date total now sits at 35,900t, about 3.5pc up on last year.

Japan’s imports of Australian lamb in July reached 930t, about 10pc down on June, but 10pc better than this time a year ago. Year-to-date, Japan has taken 6200t t of Australian lamb, up about 30pc on the same period in 2013.

Mutton exports up for calendar year

Australia’s mutton exports in July reached 9930t, down about 15pc on trade in June, and back 13pc on July last year. Calendar year to date, however, mutton exports have passed 103,000t, a very healthy 11pc rise on the same period in 2013.

The Middle East remained the strongest mutton market, taking 3206t in July, about the same as June, but about 26pc higher than this time last year. Year-to-date the Middle East has taken 30,850t of mutton, up 12pc on a year earlier.

China continues to purchase frozen mutton at strong levels, securing 2000t in July, although the figure was back about 35pc on very strong trade in June, and down about 40pc on July last year. Volumes year to date have reached 26,300t, virtually the same as a year ago.

Australian sheepmeat exports in 2013-14 reached 409,538 tonnes, – 11,500t higher than the total volume of NZ sheepmeat shipments over the same period.

High Australian lamb and mutton slaughter in 2013-14, driven by tough seasonal conditions across much of the country, coupled with considerably reduced supplies out of NZ, saw Australian sheepmeat readily absorbed by a wide range of markets around the world.

Demand for sheepmeat from almost all Australia’s major export markets except the Middle East increased in 2013-14, compared with the previous year, while it was the opposite story in NZ, with China and France the only major markets where there were increased shipments during the fiscal year.

The demand outlook for Australian sheepmeat looks very positive for the remainder of 2014, with strong demand from overseas markets expected to continue, helping to support returns to producers.