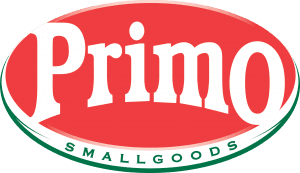 In a media statement this morning JBS Australia has confirmed recent speculation that it plans to acquire the Primo Group, the largest ham, bacon and smallgoods producer in Australia and New Zealand.

JBS, which is the world’s largest processor of fresh meats, has signed a A$1.45 billion conditional agreement to acquire the Primo Group.

JBS said the transaction is set to leverage the Primo Group’s growing export operations across Asia, including China, and is consistent with the global strategy of JBS S.A. to grow its presence in value-added products.

The Primo acquisition is easily JBS’s largest in Australia since its purchases of Tasman Group and Tatiara in 2009.

The move aligns closely with JBS’s global push into value-added meat protein products, which are now housed under a relatively new company division, JBS Foods. The company has previously stated that it sees greater opportunity for margin in value-added meat products than in fresh meat.

It also shifts JBS Australia closer to the company’s overseas strategy of having business exposure in multiple species. Operations in North and South America include beef, pork and chicken streams.

JBS confirmed this morning that the deal will include the Primo Scone beef abattoir in NSW, which has greatly expanded its MSA kill in recent years and has established a number of successful beef brands around the name Hunter Valley. The plant currently processes about 600 beef per day.

Attention will now focus on regulatory scrutiny surrounding the deal. JBS says it will have to go through ‘formal channels’ with both the Foreign Investment Review Board and the Australian Competition and Consumer Commission before any purchase is finalised.

The size of the investment means that the Foreign Investment Review Board is likely to examine the deal, however Primo is currently 70 percent owned by Asian fund manager, Affinity, with the Lederer family owning the remainder. That may mean that the FIRB raises no objections, because the deal essentially represents a sale from one foreign owner to another.

While the Scone processing asset is reasonably insignificant in the context of JBS’s broader Primo acquisition, it could nevertheless attract interest from the Australian Competition and Consumer Commission, on the basis that it builds on JBS’s already large beef processing footprint across Eastern Australia.

In its favour is the fact that Scone is a large distance from the nearest JBS beef plants, at Dinmore, Queensland, and Brooklyn, Victoria.

Beef Central twice asked JBS over the past ten days to confirm rumours circulating about a Primo purchase, but the company said on both occasions that there was ‘nothing in it.’

“While it will remain very much business as usual for our employees, suppliers and customers, this transaction offers tremendous opportunities for a producer of high quality products like Primo,” Mr Hitchcock said.

“We look forward to being part of JBS and capitalising on its international distribution network.”

JBS Chief Executive Officer, Wesley Batista said the acquisition is strongly aligned with the JBS global strategy to expand its presence in the value-added product category with well- known brands.

“Primo Group is the leading company in this segment with strong brands and represents an outstanding opportunity to grow our business in Australia and internationally. We are seeing strong annual growth in consumption of processed meat products with good prospects to increase exports of high quality convenience products from the Primo Group’s portfolio.”

Established in 1985 by Paul Lederer and other family members, the Primo Group grew rapidly to become a leading producer of ham, bacon and smallgoods under the Primo and Hans brands.

Since then, Primo has built a state-of-the art high- care food manufacturing facility in Wacol, Queensland, the largest in Australia, as well as acquiring the leading bacon and ham business in New Zealand, Premier Beehive. Primo’s export sales over this period have grown significantly, with further opportunity for expansion within and beyond Primo’s current markets in Asia.

Speaking on behalf of Primo Group’s current owners, Brett Sutton, the Head of Australia & New Zealand for Affinity Equity Partners said the sale of Primo Group to JBS will facilitate the next phase of growth for a great Australian business.

“Paul Lederer, his family and employees built an iconic Australian business and brand and we have been honoured to have been part of Primo’s journey. Affinity’s investment and knowledge of regional markets has helped to make the business even stronger with a growing export operation, investment in state-of-the-art plant operations and expansion into New Zealand.”

“Now, as part of JBS, whose core business is processing protein products for the world, Primo will be positioned for even stronger growth over the longer term. JBS is the logical owner of Primo,” Mr Sutton said.

Brent Eastwood, Chief Executive Officer of JBS Australia added: “Primo Group has strong brands and a reputation for high quality products manufactured to the highest level of food safety. There is a great opportunity for JBS to invest in the ongoing growth of this business, both domestically in Australia and New Zealand, and through expanding the sales of Primo Group products into offshore markets. We look forward to working with the management of the Primo Group to support the continued future success of this business.”

The transaction is subject to customary regulatory approvals.