Australian Wool Innovation said innovation is at the heart of Suketdhir’s collection, which cleverly fuses classic western tailoring with elements of the designer’s national dress, such as oversized proportions and lightweight fabrics. 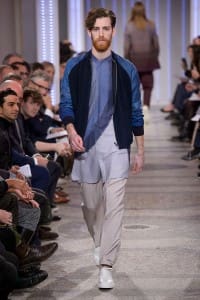 Designer Suket Dhir said his collection “explores the trans-seasonal aspects of wool and the alchemic transformation of the fibrous wool into smooth, silk-like yarn, which renders the fabric light, airy, fluid and yet full and supple.

“This is certainly very overwhelming, and everything that I needed right now,” he said.

“I’ve done what I could in India, and this is the best thing that could happen to me, for me to move in a bigger way.

“I think I’m ready for the world, and I also think the world is ready for me and for this kind of aesthetic; my look is easy and happy, and the world needs that right now.”

The winning collection involved hand embroidery to create geometric, grid-like patterns in an update on the classic quilting stitch. The two yarns to weave the fabrics used 18.2 micron and 16.5 micron Australian Merino wool to produce garments with a silk-like handle. 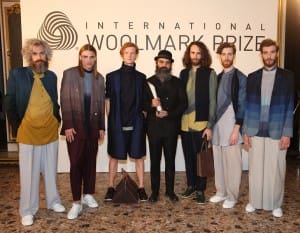 The judges’ decision on the winner was unanimous. Vogue international editor and co-judge Suzy Menkes said she was always looking for emotion in fashion, “for the heartbeat, for the feeling that something excites me – it may come from an ancient skill but it seems fresh to me.”

“Suket is a person with a dream to tell, and I thought that it was very beautiful, because fashion at this time is about a dream, and the rest – the business – will follow.

“And technically, he showed us details I’ve never seen before, and that’s very impressive.”

“That’s very appealing in fashion, and certainly was to the judging panel.

“All of the designers will no doubt go on to great commercial success in all parts of the world, but we can only name one winner, and today romance won.”

Suketdhir will receive A$100,000 to help support the development of the business and ongoing industry mentor support, as well as the presentation and sale of their capsule collection, created for the International Woolmark Prize, in some of the world’s most prestigious department stores and boutiques. These include MatchesFashion.com (online), Isetan Mitsukoshi (Japan), David Jones (Australia), Saks Fifth Avenue (New York), 10 Corso Como (Milan) and Boon The Shop (South Korea). 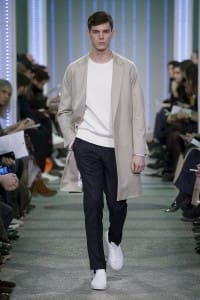 This is the second year that the International Woolmark Prize has included a menswear category, last year won by New York-based label Public School. More than 70 designers were considered for the prize over the past year, with the finalists representing six different regions around the world. These included Munsoo Kwon (Asia), P. Johnson (Australia), AGI & SAM (British Isles), Jonathan Christopher (Europe), Suketdhir (India, Pakistan and the Middle East) and Siki Im (USA).