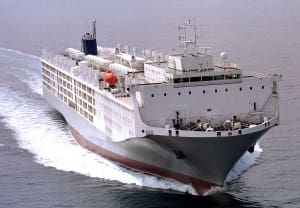 AUSTRALIA should explore if an independent auditor could help resume the live sheep trade with Saudi Arabia, a federal parliamentary sub-committee has proposed.

Live sheep have not been exported to Saudi Arabia from Australia since August 2012 due to the country’s concern that the Exporter Supply Chain Assurance System would impinge on its sovereignty.

In its report on Australia’s trade and investment relationships with countries of the Middle East, the Trade Sub-Committee of the Joint Standing Committee on Foreign Affairs, Defence and Trade has recommended the government explore whether an independent auditor monitoring ESCAS implementation would meet Saudi Arabia’s sovereignty concerns.

The report and its key recommendation aimed at facilitating the resumption of Australian sheep exports to Saudi Arabia has been welcomed by the Australian Livestock Exporters’ Council.

Other recommendations in the report include:

. The Australian Government propose the formation of a Joint Economic Committee with the UAE as a forum for bilateral discussions on trade and economic issues and negotiations on a services and investment agreement;

. DFAT open a new post in Morocco and also Austrade offices in Egypt and Morocco;

. The Department of Immigration and Border Protection benchmark its processes for granting international student visas with competitor countries and undertake a review of the proposed simplified student visa framework reforms one year after its commencement later this year;

. Austrade seek to recruit staff with business experience and enhance the business acumen of its advisers by regular, on-the-ground engagement with small to medium-sized exporters;

. The Department of Education and Training expand its overseas counsellor network into the Middle East by posting an education consul in Saudi Arabia and;

. The Australian Government undertake a joint study with state and territory governments of Australia’s trade promotion efforts, with a view to making reforms that will ensure a better coordinated, unified and coherent approach to promoting Australia’s commercial interests.

The committee’s report also included consideration of ongoing and potential livestock export opportunities and the impact of ESCAS on Middle Eastern markets. This included Saudi Arabia, which has been unwilling to participate in ESCAS.

ALEC chief executive officer Alison Penfold said the report outlined the committee’s recommendation for the Australian government to explore, in conjunction with Saudi Arabia’s government, the potential to appoint an independent auditor to monitor the implementation of ESCAS to meet Saudi Arabia’s sovereignty concerns.

“Livestock exporters welcome the Parliament’s focus on re-establishing the export of Australian sheep to Saudi Arabia.

“Historically, the Saudi market has played a very significant role in Australia’s sheep export industry. Naturally, we are very keen to get that trade up and running again with the addition of commercial through-chain oversight and control of animal welfare,” Ms Penfold said.

She hoped there is a willingness by governments to consider alternative but equivalent welfare assurance solutions and that discussions could be reinvigorated in the not too distant future in the context of the Memorandum of Understanding on the livestock export trade between Australia and the Kingdom of Saudi Arabia.

Ms Penfold said it was worth noting that in the absence of any Australian livestock, Saudi Arabia is currently importing eight million head annually from markets like the Sudan, but has indicated strong interest in a sizeable intake of Australian livestock annually.

“I’m confident a mutually acceptable solution can be found which not only respects Saudi sovereignty but is also consistent with welfare assurance requirements, international OIE animal welfare standards and Saudi Arabia’s own animal welfare laws.

“As the report points out, it is important that we don’t overlook the importance of live exports to the Middle East,” Ms Penfold said.

“Not only is the trade a vital part of the overall success of Australia’s sheep industry, but it also helps ensure the delivery of quality sheep meat to dinner tables of Middle Eastern families.”

“The four pillars of animal welfare assurance – traceability, control, international welfare standards and independent auditing – remain as relevant and important as ever. It is because of that fact, rather than despite it, we are determined to re-enter the Saudi market.”

Trade Sub-Committee chairman, Bruce Scott, said in 2015, Australia’s two-way merchandise trade with the Middle East and North Africa region, with its population of more than 420 million people, was worth nearly $15 billion.

Mr Scott said $12 billion of that trade was with the six Gulf states of Bahrain, Kuwait, Oman, Qatar, Saudi Arabia and the United Arab Emirates; the members of the Gulf Cooperation Council (GCC).

The report supports the efforts of the Australian Government to restart free trade negotiations with the GCC that stalled in 2009 but if they don’t recommence by 2017, then the report recommends the Department of Foreign Affairs and Trade (DFAT) actively pursue bilateral agreements on trade, and on services and investment, and also on double taxation, with individual GCC member nations with priority given to the UAE, Saudi Arabia, Kuwait and Qatar.

Australia’s two-way trade with its largest trading partner the UAE in 2014-15 was worth more than $6 billion with airlines Emirates carrying over 100,000 tonnes and Etihad more than 30,000 tonnes of air cargo from Australia last year – much of it fresh produce.

“Central to this trade relationship has been an extraordinary growth in flights between Australia and the UAE.

“Code sharing between Qantas and Emirates, and Etihad’s partnership with Virgin Australia has resulted in more than 150 flights per week between Australia’s major cities and Dubai or Abu Dhabi,” Mr Scott said.

“This has led to premium cargos of chilled Australian lamb, seafood, cheeses, peaches, pears, and more filling these airliners’ holds with the best Australia has to offer.

“While Australia’s trade with Asia is strong, it would be prudent for Australia to diversify its trade into another fast-growing market such as the Middle East and North Africa region,” Mr Scott said.