Have your say on the future of the Lake Eyre Basin 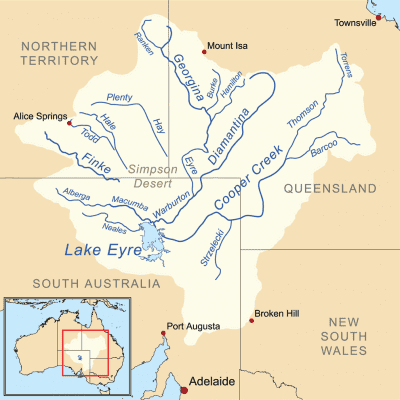 Consultations are being sought from a wide range of stakeholders on the draft plan including farmers, industry bodies, First Nations and the wider Lake Eyre Basin community.

Kati Thanda–Lake Eyre Basin covers almost one-sixth of Australia. It is one of the world’s largest internally draining river systems.

“The Lake Eyre Basin is of conservation significance on a global scale as one of the last water catchments around the world to flow without interruption,” Acting Head of Division – Water, Matthew Dadswell said.

“The system supports wetlands, grasslands and deserts, rare and endangered plants and animals while almost 60,000 Australians live and work in the basin.

“The Australian Government is now seeking feedback on a draft Lake Eyre Basin Strategic Plan to inform the vision and long-term management for the basin.

“The draft plan focuses on water-related environmental, social, cultural and economic values and was developed in partnership with the Queensland, Northern Territory and South Australian jurisdictions who share the basin.

“The Australian Government is committed to undertaking a collaborative approach and we’ve worked alongside stakeholders to develop this draft and now seek the public’s input.

“Public consultation is open and will close on Thursday 3 November 2022.”

For more information head to Kati Thanda–Lake Eyre Basin – DCCEEW where you can follow the links to the Have Your Say Platform, read the draft plan, and make a submission to have your voice heard.