Hamilton’s Sheepvention will celebrate wool with magic, fashion and football 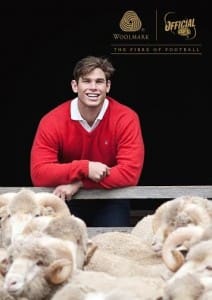 MAGIC, wool fashion and football will be among the themes of Hamilton’s Sheepvention expo set to kick off this weekend.

The Australasian Young Designer Wool Awards, Fashion Parade and presentations will take place on August 2 at the Hamilton Showgrounds, feature a grand illusionist and a cocktail style event from 5:15pm for ticket holders.

On Tuesday afternoon there will be an exclusive High Tea event where patrons will sit around the runway enjoying Fiona Wall High Tea canapés and sweets, looking at designs from Country Road, Alex Perry, MJ Bale, Sportscraft, Sass and Bide, and others.

This year Sheepvention will celebrate the links of football with the wool industry, with AFL superstar and Geelong full forward, Tom Hawkins, opening the expo onc August 3.

Sheepvention president Nick Sutherland said the district had a huge Geelong Football Club fan base and he was sure the ambassador for Australian Wool Innovation’s Fibre of Football campaign will be very popular.

Football will also feature as part of Sheepvention’s promotion for kindergarten and primary school children. George The Farmer is a children’s book character who will be attending Sheepvention and delighting kids with educational songs about farming. Sheepvention will include a George the Farmer Trail where participants will undertake a range of activities including sowing some wheat seeds, getting a tractor license and having a go at footy.