THE month-long rally in the spot wool auction market continued early in the week, fuelled by a weaker Australian dollar.

The auction market on Wednesday was more subdued, with the finer microns holding their gains and middle microns giving back a few cents.

The forwards again traded in light volumes with buyers and sellers anticipating a modest pullback at a minimum. The 19 micron contract traded in September at 1760 cents and in January at 1780 cents. Both are around the 75th percentile of prices for the last decade.

The focus has been on the fine wools, which is  understandable when you look at the basis chart below. The difference between 19 and 21 micron has now exceeded 400 cents.

Growers have started to look at options again. An 18 micron November put contract traded at 85 cents for a 2100-cent strike. This showed an underlying willingness of the grower to spend a bit more on the premium to maintain a better strike. Option sellers are pricing in volatility under 20 percent, which seems very reasonable considering the last two seasons.

We expect the forward markets to look for support initially around a retraction of one third of the recent rally of around 200 cents, depending on the micron; or about 70 cents. 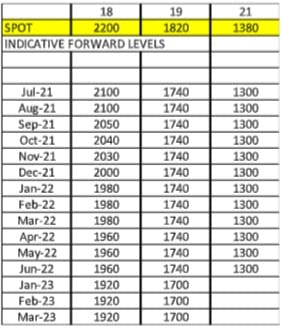 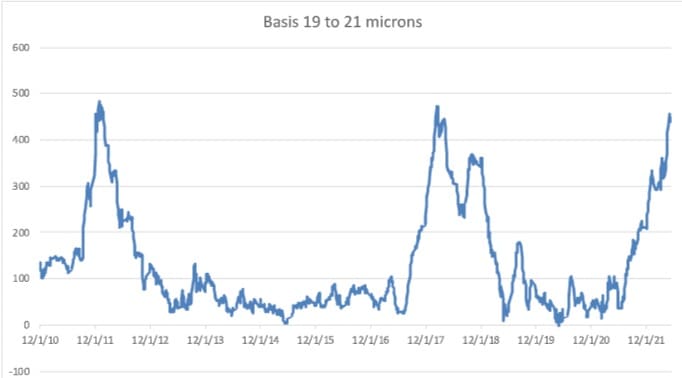 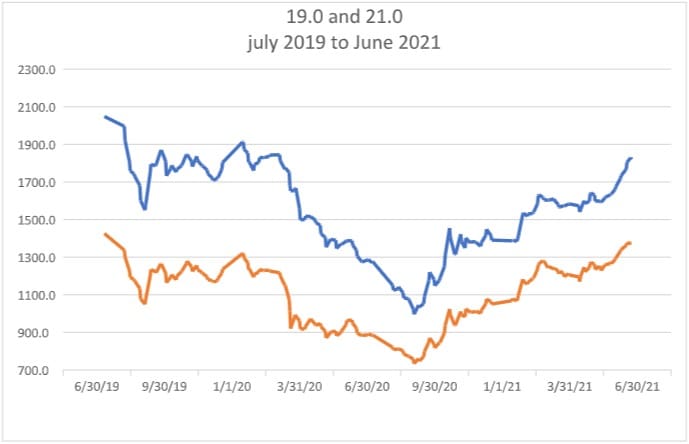