GOAT processing in western Queensland and New South Wales is set to significantly expand, with the re-opening of the Bourke abattoir later this year.

Thomas Foods International (TFI) purchased the abattoir at the end of last year with plans to use it as a ‘pure-play’ goat facility. The abattoir was first opened in January 2019, before being closed in May the same year.

TFI small stock manager Paul Leonard said plans to upgrade the plant were progressing well and the company was on schedule to open later this year. 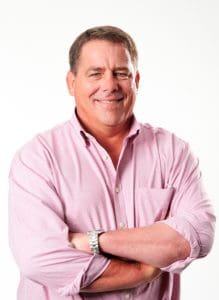 “The required upgrade activity is progressing as planned and we are currently working towards re-opening the facility in mid-July or early August,” Mr Leonard said.

“The market for goats is very encouraging with strong supply and high customer demand, particularly across the United States. Initially we plan to process approximately 2500 to 3000 sheep and goats per day but look to increase that soon.

“We have recently purchased accommodation in Bourke to offer to prospective workers and we are keen to hear from anyone in the local community interested in working at the plant.

“We appreciate the local community’s interest and support for this facility and look forward to it becoming a successful long-running operation for the region.”

The opening of Bourke will be part of a significant increase in goat processing in the area, with Western Meat Exporters in Charleville, about 450 kilometres north, expecting to complete and expansion by the end of May.

Speaking to Sheep Central at the start of the year, WME managing director Campbell McPhee said with moves into goats on properties in NSW and major investment in exclusion fencing in Qld, he was confident there was enough goats to service two abattoirs.

“We do source some stock from down that way. However, there is a lot of goats south of Bourke that go to Victoria,” Mr McPhee said.

“With the small stock in general, if people are managing them, they’re not going to decrease their flocks down to zero in the next drought. Sheep and lambs are increasing, as well as goats, and we have taken a lot of confidence from the investment into the fences.”