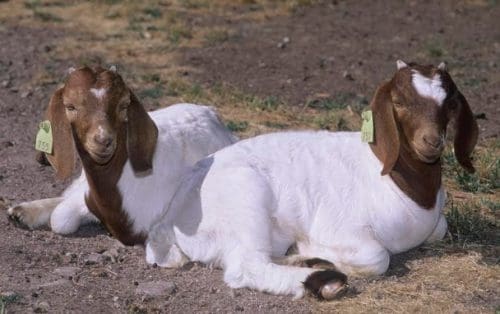 In the ‘Reducing Kid Loss – Select and Protect’ study in 2019, 20 goat producers agreed to examination of their on-farm practices, animal health and reproductive wastage.

This involved the pregnancy scanning of does and the collection of doe and kid survival to marking records. The producers who participated in the study were running Rangeland, Boer, rangeland x Boer, angora x Boer, myotonic x Boer and Kalahari red goats.

Assuming a population size of 158,761 head, and a mean sale value of surplus progeny calculated using a five-year average price of $5.41/kg cwt and a carcase weight 14.9 kg, the study concluded that at the industry scale, decreasing kid loss from 30 percent to 20pc, at a fertility rate of 95pc, would increase the value of the managed meat goat sector by about $786,710.

The researchers estimated that assuming an average fertility of 71pc, and a kid loss rate of 20pc, increasing average fertility to 79pc in NSW would increase annual industry value by $777,127 in NSW and $529, 970 in other jurisdictions.

The researchers estimated that the scale of kid loss to the industry might be around $1.45 million per annum, assuming a kid loss rate of 20 percent, at 71pc pregnancy rate, “which leads the authors to suggest kid loss is a significant cost to the goat industry”, the final report said.

“If kid loss rates increased to 30pc across the sector (at 71pc fertility), the cost of the loss to industry would increase to $3.88 million pa.”

The researchers found that the lowest reproduction rates observed in the 2019 study were insufficient to maintain a self-replacing herd without retaining does to an older age.

“However, four in ten of the herds observed had high marking rates per doe scanned, indicating a substantial opportunity for improvement in the goat meat sector,” the report authors said.

The producer case studies suggested to the authors that sources of information for goat management are either not accessed generally, or not adhered to. Questions relating to animal health found some producers had no regular vaccination regime, deferring sensibly to a needs-based administration, and not all producers were using worm egg counting to guide decision-making for drenching.

“Of note include the development of management packages that establish weight and condition score targets for maidens and adult does.

“Further RD&A needs to closely examine sources of reproductive wastage, such as the factors affecting fertility, foetal losses and the stages at which the losses are occurring and why.”

The researchers said management solutions need to be developed to improve kid survival, including quantifying the role of, and solutions to, predation.

“The case studies have re-emphasised the need to understand the efficacy of a wide range of drench products, and what solutions may be found via coinhabiting ruminant species on worm burdens, as well as the role for browse and other forages.”

The researcher said future RD&A opportunities should consider the need to validate the GrazPlan sheep model for use with goats.

“The key recommendation for the industry is to implement a number of well selected sentinel herds, where all animals are identified and their lifetime performance is monitored, which will enable a greater record-keeping and improve the understanding of the factors affecting meat goat reproduction and performance.”

Further RD&A is also required to understand the sources of reproductive wastage, such as the stages at which the losses are occurring and why, the researchers found. The factors requiring investigation include out of season breeding, doe age, weight, body condition, periconceptional nutrition and buck performance.

The value of Australia’s goat meat exports peaked at $257 million in 2017 but has continued to demonstrate growth since 2014, with substantial increases in value due to higher in carcase price and goat slaughter numbers. Goat meat production tripled since 2001 without increases in average carcase weight.

“Hence, surplus goats and price are the main drivers of the increased industry value and therefore, reproduction is an important underlying factor limiting sustainable supply,” the researchers said.