A GERMAN filmmaker has launched a petition calling for mandatory use of pain relief for mulesing and other operations, and government intervention to phase out the flystrike prevention practice in Australia. 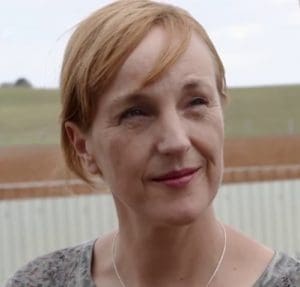 The filmmaker, Joanna Michna and her film crew have launched German and English versions of the petition on www.change.org after completing a documentary on sheep welfare in Australia last year.

The petition has received more than 38,000 signatures since it was launched online in German on May 1 and within the first 10 days gained 31,343 supporters on change.org plus another 4082 on Avaaz. The English language version was released on change.org on May 10.

The petitioners are proposing to present the petition and signatures to the new Australian Government after the May 18 federal election.

Ms Michna said the petition will be online till the end of July and the organisers plan to hand it over no sooner than September this year. She said petition is not asking for a ban of mulesing.

“It’s aimed to ban surgical interventions on sheep without pain relief, including mulesing, and to reinforce breeding programs with the goal to phase out mulesing eventually when it is safe for the sheep to do so.”

Ms Michna said the idea to the petition was born because of the number of emails she received in reaction to the documentary made in Australia last year.

The SPIEGEL TV documentary for German station ZDF called ‘The true price of cuddly wool’ — filmed last year and broadcast in February this year — included interviews with international designers and retailers, Australian growers, brokers and researchers, and former Australian Wool Innovation chairman Wal Merriman — about wool traceability, mulesing and animal welfare issues. The documentary and an associated but independently written Der SPIEGEL magazine article created concern among European processors and in Australia about the portrayal of wool welfare and sheep management practices. Germany is the 12 largest direct importer of raw Australian wool and is a major importer of woollen garments from China and other countries.

“Normally you research a subject, delve into it as deeply as possible, bring it to life during production and post, and when it is aired – it is “born” and takes on it´s own life with its audience,” Ms Michna said.

“But this time I really felt I couldn’t quite let go with the incredible feedback I got from all sides.

“So we – as the film crew team – decided to launch the petition to voice our concerns and hopes of how wool should be produced and the welfare of sheep be increased.”

Ms Michna said would also start contacting labels and stores selling Merino wool to inform them of the petition´s progress.

“In our digitalized world, where petition support mails pop up every few minutes in your cells, we feel it is an important message about what is important to consumers and what people feel comfortable with in regards to how we treat animals.

“We strongly hope this message will as well be heard by the Australian politicians and wool industry,” she said.

The petition’s preamble says “the Australian government must oblige the wool industry to set a new time frame to phase out the practice of mulesing, since in the long term there is only one solution: Merino sheep must be bred, which are less wrinkled and have less wool growth in the tail area.”

“If we get thousands of signatures, we can hand this petition over to the key ministers of agriculture in Australia in the presence of national and international press and put the pressure right on,” the preamble says.

Peak grower body WoolProducers Australia supports the mandatory use of pain relief for mulesing, but not the banning of surgical mulesing.

“An alternative practice that prevents breech flystrike as effectively as mulesing is yet to be found.

“With this in mind to maintain the legal right to mules, it is in the interests of most wool growers that pain relief must be administered when mulesing as we are strongly opposed to the setting of another mulesing ban deadline,” she said.

“In many circumstances, mulesing with pain relief is the highest standard of animal welfare that can be provided to sheep for breech strike prevention.

“Industry must keep abreast of community expectations to retain farming practices to ensure negative or adverse public sentiments do not force government to intervene with legislative actions, such as banning mulesing,” Ms Hall said.

New Zealand has already banned mulesing, but current Minister for Agriculture David Littleproud has said a Coalition Government would not ban the practice.