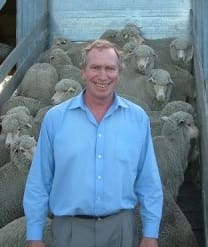 GENOMICS and DNA testing are estimated to boost the Australian sheep industry’s value to the economy by more than $121 million by 2029, a Sheep CRC-funded analysis has found.

An economic analysis conducted to assess the long-term performance of the soon-to-end Cooperative Research Centre for Sheep Industry Innovation (Sheep CRC), has estimated the $121 million net present value based on the current rate of DNA test adoption and its impact on productivity from 2015-2029.

The study measured the benefits already accrued to industry since the commercial release of sheep DNA tests in 2015, and factored in the cost of research, development and commercialisation of these technologies, including $30 million in foundational research conducted in the previous term of the Sheep CRC from 2007-2014.

“It should be noted that benefits resulting from genomic technologies are long term and will extend well beyond 2029.

“In fact, in the next five years alone the current level of benefit will double in size due to the cumulative and permanent effect of genetic improvement – therefore the estimate of a $2.55 return on every dollar spent by the CRC is considered conservative,” Prof. Rowe said.

“Ram breeders using genomics can achieve increased genetic gain each year and these gains are compounded annually with value accrued from benefits such as selecting for eating quality, which increases the value of genetic improvement, and the increase in demand for rams with ASBV figures.”

Prof. Rowe said the impacts of faster genetic gain included increased livestock productivity, the breeding of animals more resilient to environmental risks, and the ability to select for product quality to achieve higher prices for meat and wool.

Achieving these gains has come on the back of a major Commonwealth and industry investment in the collaborative research activities of the Sheep CRC.

These have included conducting full sequence DNA analysis of 500 rams in 2015 to improve information for imputation analysis and to identify predictive SNPs that could be incorporated in future DNA tests; developing a single-step analysis for incorporating genomic information in predicting breeding values; employing specialist post-doctoral fellows with expertise in the field of genomic analysis; and the investment of running Meat & Livestock Australia’s Resource Flock.

Professor Rowe said the prediction of traits difficult to measure was a particular focus of the genomic analysis.

“But the end result of improving the design of the DNA test and taking advantage of new technologies for SNP chip analysis has resulted in decreased costs of testing and rapidly accelerating adoption.

“And thanks to innovations like the DNA Flock Profile test, which makes genomic technologies accessible to commercial breeders, we anticipate usage and impact from the Sheep CRC’s genomics program to continue to rise in years to come.”

Genomic testing technologies will be a key topic at the Sheep CRC Final Conference to be held in Dubbo, March 19-20. More information is available at www.sheepcrc.org.au