OF the 66 livestock export voyages completed so far in 2019 with independent observers (IOs) on board, formal reports have only been published for 14 to date on the Department of Agriculture’s dedicated IO reporting website. Pictures included in an Independent Observer summary report from a shipment of sheep and cattle exported to Israel in February 2019.

And of the 60 voyages completed with IOs in 2018, reports for 19 are still yet to be published.

Some of the yet to be reported journeys were completed a full year ago.

Asked why it was taking so long for many IO reports to be published after each journey, the Department of Agriculture declined to elaborate, responding to the question with a single line answer:

“The department publishes independent observer summary reports as soon as practicable after the voyage is completed.” 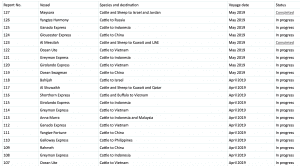 IO reports for large numbers of journeys completed several months ago are still yet to be published to the Department’s dedicated Independent Observer report page.

The role of observers was to monitor and report on all aspects of management from loading in the Australian port to unloading in the international port of destination, taking daily photos and recording observations about animals’ access to water, feed, and adequacy of the ventilation.

Exporters were required to pay the cost of having IOs accompany their shipments, which, added tens of thousands of dollars to their costs for each journey.

Despite some initial resistance from individual exporters, the Australian Livestock Exporters’ Council accepted the introduction of IOs on voyages, seeing it as an effective and independent way to publicly demonstrate that the vast majority of export voyages occur without animal welfare incident.

The IO reports would also provide another degree of monitoring that would help to ensure any onboard issues identified on vessels could be quickly rectified.

However, in practice, as the above figures show, the industry has been frustrated by regular and repeated delays in the publishing of IO reports.

“If the IO report reveals issues on a voyage, hearing about those issues 12 months afterwards doesn’t allow you to address them in a timely fashion,” one exporter told Beef Central.

“Exporters are as in the dark as to why it is taking so long as anyone.” 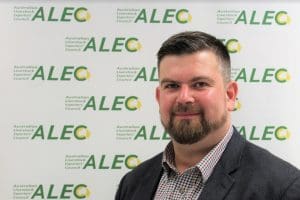 “The main reason we’d like the reports to come out earlier is if there is an issue, it is very hard to address it if you’re getting the report months later,” he said.

“The billing process is also slow which creates issues for exporters as well, so there are delays right through the program in all aspects”.

One voyage on the department website which is listed as ‘in progress’ dates back to August 2018.

The department said that particular voyage did not leave port with livestock after its Australian Certificate for the Carriage of Livestock was revoked by the Australian Maritime Safety Authority. A summary deport is planned to detail the incident and will be published, the Department told Beef Central.

Other journeys for which reports have yet to be published date back as far as September and November 2018.

In response to questions about what percentage of voyages have been accompanied by IOs in the past 12 months, the Department said independent observers were deployed on 41 per cent of all livestock export voyages that departed Australia in 2018-19.

“All voyages carrying sheep to the Middle East in the northern hemisphere summer have had an independent observer on board,” the department said.

“Since 1 November 2018, independent observers are required on all voyages, where possible.”

Exceptions were granted for smaller vessels that cannot accommodate an additional observer, in which case an existing staff member is required to fulfil the role.

Mr Harvey-Sutton said exporters were accepting of IOs but would like the program to run more efficiently.

In particular ALEC has been calling for a shift to a risk-based approach, with IOs required on journeys deemed to be higher risk but not on routine shorter runs with proven strong welfare records.

The Interim Inspector General of Live Animal Exports is currently conducting a review into monitoring and reporting during livestock export voyages through which ALEC will further make the case for a shift to risk-based approach to using IOs on vessels.