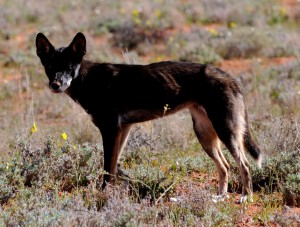 The first national plan to coordinate wild dog management has been hailed as a breakthrough for improved industry certainty by producer groups across Australia.

The Sheepmeat Council of Australia (SCA), which had been active in the plan’s development through the National Wild Dog Action Plan Steering Committee, said it was positive to see Government and industry working together to manage wild dogs.

The Australian sheepmeat industry was experiencing a period of record exports, with demand increasing particularly in Asia.

However, to take advantage of that opportunity, Australia had to be able to increase production and guarantee supply.

“The great strength of this Plan is that it builds on local knowledge and expertise. It’s also great to see that all State Agriculture or Environment Ministers have endorsed the Plan.

“Greater collaboration and commitment is needed across Australia by Government and Industry to manage this issue, and last Friday’s announcement is one step closer to achieving this.”

The New South Wales Farmers Association has also joined the chorus of support for the new plan, saying it will play a vital role in controlling what is a rampant problem for producers across the State.

“It is especially pleasing to see so many industries and governments working together in a proactive and cooperative manner over such an important issue,” NSW Farmers president Fiona Simson said.

Farmers in the west have also enthusiastically embraced the new national approach.

WAFarmers Wool Section President Ed Rogister said wild dogs were a problem affecting producers across Australia, including in Western Australia where they resulted in significant stock losses, translating to financial difficulties for many farmers.

“The launch of this plan means there is now a nationally co-ordinated response to this widespread problem and should result in a shared solution,” Mr Rogister said.

“We extend our congratulations and thanks to WoolProducers Australia, particularly for their commitment to a collaborative approach which WAFarmers has significantly contributed to.”

Mr Rogister said it was now important for industry to continue to work together to implement the plan.

“It would be ideal to see the whole of industry, including research and development bodies, pull together in support of this plan to ensure its success,” he said.