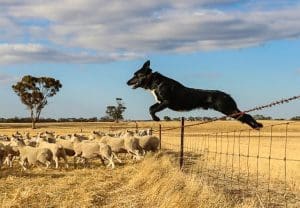 Wendy Ellis’ image ‘Round ’em up’

The competition attracted 75 entries which included many images of everyday life on Australia’s sheep meat properties.

It is the first time the SCA has run a competition to celebrate the industry. The winners were announced at the Lambex 2016 conference in Albury on Friday. All finalists will receive a framed copy of their photo.

Frank is the main dog on the western Victorian mixed farming property of Jason and Wendy Ellis at Duchembegarra. They run the West Wail White Suffolk and Dohne stud flocks and also crop cereals, legumes and oilseeds.

Wendy Ellis won $250 for her image — ‘Round ‘em up’ – which captured six-year-old Frank clearing a fence to muster some White Suffolk ewes. She has recently started a business called Rural Image Photography based in Horsham. 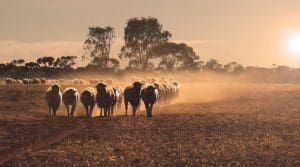 The competition’s open section winner for a $500 prize was Kelly Kirkland from ‘Kiraba’ Balaklava, South Australia, with her `Sheep into Water’ image. The open runner-up ($250) was Carris Waite of ‘Windmere’, Coorow, in Western Australia, with her photograph `Preparing for Crutching’. 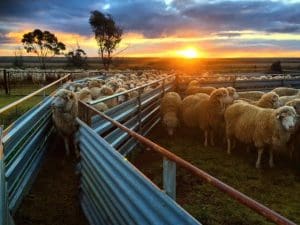 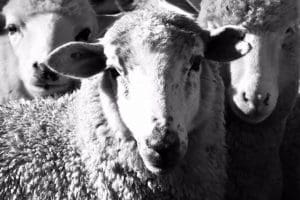 The winner of the student section and $250 was Navanka Fletcher of ‘Bonnie Best’, Glenn Innes, New South Wales with ‘The last pen’ and the runner-up for $100 was Kira Batterbee of ‘Kirrie Farm,’ Boddington, WA, with ‘Numaging.’

SCA chief executive officer Mark Harvey-Sutton thanked the StockTAKE entrants and said the council was delighted with the quality and standard of the entries.

“At Lambex we received nearly 500 votes for the People’s Choice award, demonstrating just how popular the initiative was.

“On behalf of SCA, thank you for your support and congratulations again to the winners.” 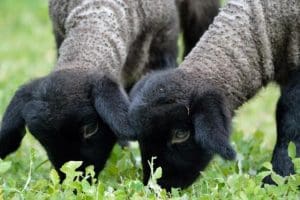