AUSTRALIAN wool prices continued to hold steady this week on the physical auction and forward markets.

In light trading, the forward curve continued to trade flat to cash. The 19 micron index traded from May through to December from 1590-1605 cents, with cash closing at 1602 cents. The table below shows the how the forward discount has been eroded over the last 2 to 3 years. How much of this resulting trend can be attributed to the stability in the spot market (as indicated in the volatility chart) is debatable.

Where we sit in the historical price series might also be an important factor to consider and this needs further investigation. The 19 micron one-year average is 1380 cents, two-year 1650 cents, five-year 1820 cents and 10-year 1560 cents. From that viewpoint, it is understandable that some pipeline participants are looking for some certainty around the current 1600-cent spot.

What isn’t up for question that opportunity is there in the current forward market to hedge flat cash out 15 months to June 2022.

The Eastern Market Indicator (EMI) has moved in only single digits for the last nine trading sessions. This is the longest stretch since March 2015. The EMI closed the week at 1309c/kg clean, one cent below last week’s close.

The graph below illustrates the fall in volatility since November that has seen it drop from a high of over 50 percent to now sitting comfortably under 20pc. The 21 Micron Price Guide (MPG) has settled plus/minus 10 cents from its closing level this week for the last month. 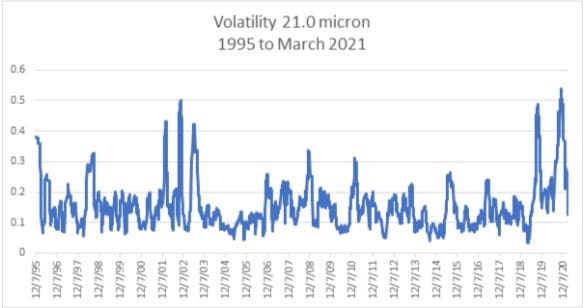 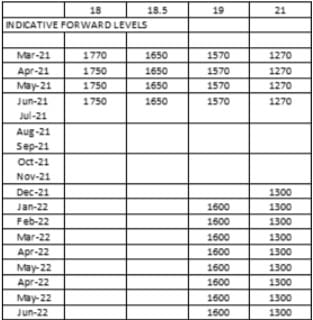 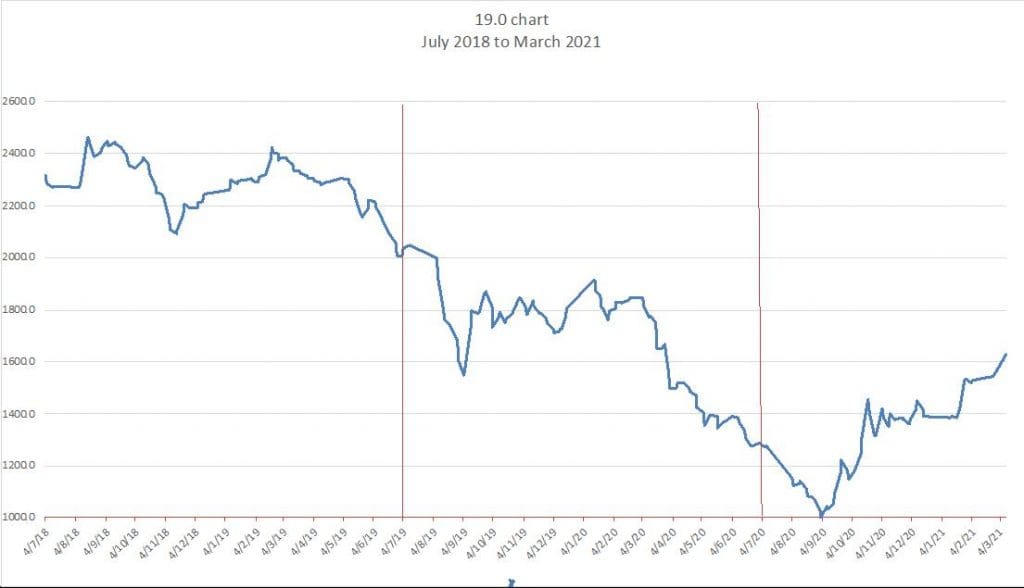