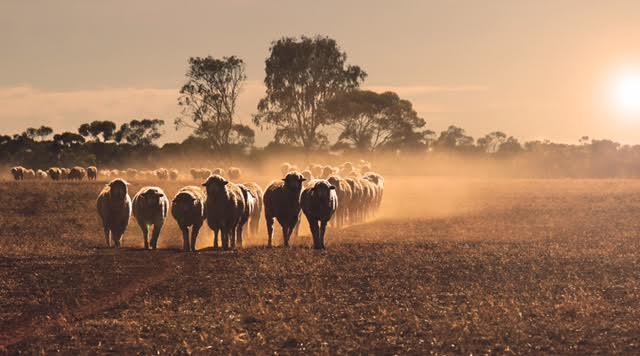 The report suggests that as at June 30, almost 14 percent of Australia’s farmland is in foreign hands — with more than 50pc of that held by interests from the United Kingdom. The report identified 52.1 million hectares of agricultural land as foreign owned, out of a total farmland area 385m ha.

Chinese investment in agriculture runs a distant fifth, accounting for just 2.8pc of foreign-owned land, or 0.4pc of the total farmland.

Land interests apportioned to UK investors at 27.5 million hectares are almost four times as large as the next largest country, the US (7.7 million ha), which accounts for 14pc of foreign-owned farmland, and 2pc of total ag land.

Next largest is the Netherlands, with almost 3 million ha, and Singapore 1.9 million ha (full list at base of page).

Typified by the attempted sale of S. Kidman & Co, China’s recent attempts to invest in Australian farmland have caused great debate and consternation for the Government, but the statistics fail to support that community and government concern. Treasurer Scott Morrison in April knocked back the sale of Australia’s largest cattle empire S. Kidman & Co to Chinese company Dakang Australia Holdings, saying it was “contrary to the national interest.”

But had Chinese interests successfully purchased the Kidman & Co pastoral leases totalling 11 million ha, China would have jumped to second place, but still well behind the UK.

The report does not include a breakdown of individual property registrations, only a summary of the number of investments by country, state and type of farm.

Treasurer Scott Morrison handed down the report in Canberra this morning.

Mr Morrison said the register was part of the Government’s strengthening of Australia’s foreign investment regime.

“Foreign investment is integral to Australia’s economy. It contributes to growth, productivity and creates jobs, but the community must have confidence that this investment is in the national interest,” he said in a statement.

“With more than $3 trillion worth of foreign investment in Australia today, we cannot afford to risk our economic future by engaging in protectionism.”

He said perceptions that foreign ownership was increasing were confirmed, with previous surveys showing 12.4pc of agricultural land was foreign owned in 2013, and 11.3pc or 50m ha owned by foreign interests in a 2010 survey.

“This is the first comprehensive data on the actual level of foreign ownership of agricultural land in Australia,” he said in a statement.

Executive director of the Australian Farm Institute Mick Keogh said he was surprised that China did not appear to own more.

“It may well be that the Chinese interest has been in industries like the dairy industry and farms in southern Australia, and again they are smaller acreages but perhaps more productive,” he said.

Mr Keogh said the strong UK ownership could be attributed to Australia’s colonial past. “Certainly vestiges are very prominent in ownership of land and also the major pastoral houses in Australia all had English origins, so I guess what we are seeing is a continuation of that historical link that has always been there,” he said.