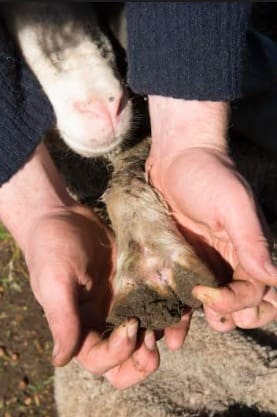 WESTERN Australia’s Department of Primary Industries and Regional Development is extending footrot surveillance in abattoirs to include feedlot lamb lines this year.

The department said it has already commenced conducting abattoir surveillance for footrot — a key part of the control program under the Sheep and Goat Industry Funding Scheme.

Abattoir inspections will run from October through to the end of March, DPIRD said. With summer approaching, DPIRD has also encouraged producers to start checking their sheep and goats for signs of virulent footrot.

Footrot control program manager Anna Erickson said during last year’s surveillance program, the department was able to assist industry by tracing infected sheep from saleyard lines back to the property of origin.

“This year we will be expanding our surveillance to conduct tracing for feedlot lines,” she said.

Dr Erickson said it was important producers remained vigilant for possible signs of footrot in their flock at any time of year, and to report any suspicions to their local DPIRD biosecurity officer.

“We are also asking producers to undertake good on-farm biosecurity to reduce the risk of introducing footrot, by isolating newly purchased sheep for two weeks, checking their feet regularly during this time, and reporting any suspicious changes to their local biosecurity officer,” Dr Erickson said.

“Inspectors can visit properties and sample any suspicious lesions.

“Early detection of virulent footrot remains a key tool in managing the disease and if we can diagnose it before it spreads, it will be easier for producers to control the disease in their flock and eradicate it,” she said.

Dr Erickson said although the department has eradicated the ‘hot’ strains of virulent footrot and severe lameness is not often seen, producers should be aware that footrot could still have significant impacts on production such as fertility, wool cut and weight gain.

The Sheep and Goat Industry Funding Scheme funds the Footrot Control Program to reduce the spread and impact of footrot within WA and enable border controls to prevent the reintroduction of more severe strains.

More information can be found on the virulent footrot page on the department’s website www.agric.wa.gov.au