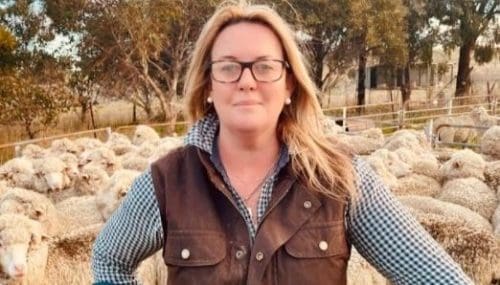 THERE is a lot of commentary flying around about Foot and Mouth Disease at the moment, some of it useful, a lot of it not.

Having just returned from the Australian Sheep and Wool Show in Bendigo, where FMD was a hot topic of discussion, the reality is people are concerned about the increased risks of an FMD incursion, and they should be.

But there are also a few things that need to be considered as the frenzy regarding the threat of this disease reaches fever pitch.

Firstly, we do not have FMD. Yes, the risk has increased but we are still in the preparedness stage, like we have been for many decades.

The government has instituted a range of pre-and-at-border measures to assist in mitigating risks and is working closely with industry on these arrangements. The heightened biosecurity measures, while not as drastic as some would like, aim to combat the risks associated with the FMD detection in recent times in Bali.

However, it is important to understand that we do not operate in a zero-risk environment – never have and never will. It should come as some comfort that in recent years Australia has managed to keep at bay African Swine Fever (ASF).

Whilst ASF does not have as wide reaching consequences as FMD, in terms of numbers of affected industries, it would be just as devastating to the Australian pork industry if it had reached Australia.

The focus of everyone at the moment must be keeping the disease out.

Secondly, the media needs to start being much more responsible in what they are reporting and more importantly who they are asking for ‘expert’ opinion. The amount of incorrect information I have seen and heard on this issue over the past few weeks is huge, including from ill-informed producers through to ill-informed politicians.

While everyone with a vested interest in FMD has an opinion, it helps nobody to report as ‘fact’ people’s uninformed opinion, and only serves as fear-mongering.

In terms of Australia’s preparedness for an Emergency Animal Disease (EAD), including FMD, we have a range of measures in place, starting with the Emergency Animal Disease Response Agreement (EADRA), which is a contractual agreement between the Commonwealth, State and Territory Governments and industry to increase Australia’s preparedness and response capacity for an EAD.

Further underpinning the EADRA is the AUSVETPLAN, which is a nationally agreed approach for responses to an EAD. AUSVETPLAN documents are a comprehensive series of manuals that cover disease-specific response strategies and response policy briefs; operational, enterprise and management manuals; and any relevant guidance and resource documents.

And finally the well-worn trope of ‘biosecurity is everyone’s responsibility’ has never been more relevant. As I stood in the ram shed at Bendigo listening to people tell me that the government doesn’t understand how serious this threat is and the government must ban flights to Bali or institute footbaths at airports, it occurred to me that this was coming from the very same people who had made the decision to bring their FMD-susceptible animals from all over Australia to congregate in a single area.

Yes, the government has a huge role to play in ensuring that FMD does not reach Australia, but likewise, growers have just as big of role in ensuring that their biosecurity measures are fit for purpose too.

Now is the time for all producers, particularly those feeling anxious about the unfolding situation in Indonesia, to start enhancing their own biosecurity measures.

Regardless of what measures you currently undertake you can always be doing more, whether this is to implement or update your farm biosecurity plan, reassess what is an acceptable risk in terms of animal movements, institute a biosecurity induction for visitors to your farm or undertake the Animal Health Australia’s EAD Foundation Course.

By undertaking these types of actions you are ensuring that you are doing your part in protecting your animals and your livelihood.