COALITION calls to consider closing Australia’s border to Indonesia while the country fights outbreak of Foot and Mouth Disease and Lumpy Skin Disease have been rejected by Minister for Agriculture Murray Watt.

Opposition leader Peter Dutton has also claimed that laying foot mats at airports and doing social media for people coming back from Indonesia “is just not going to cut it.”

The calls followed the government’s decision to put foot mats at airports for passengers returning from Indonesia, and the discovery of FMD viral particles in a pork product on Melbourne retail shelves and in an undeclared beef product brought from Indonesia into Adelaide airport by a passenger.

Mr Littleproud told the ABC yesterday “we have a biosecurity crisis created in just eight weeks of this (Albanese) government all because of indecision and indecisiveness.”

“We need clear actions at the borders, we asked for those two weeks ago.

“Now he is implementing them two weeks after ignoring that offer of information because he inept in understanding the real threat.”

Mr Littleproud said a briefing from the Department of Agriculture Forestry and Fisheries had created “more worry in his mind than it did ease.”

“I’ve got to say the advice that we’ve just received is that Indonesia does not have this under control and that it is continuing to spread throughout the country.

“At that juncture I think it now is beholden on the government to explain why they don’t take further measures around border, and if not, when does that kick in,” he said.

“At would juncture would that next movement of border controls, be responsible and when is it and how are they going to transparent with industry and the Australian public.”

Mr Littleproud said government officials in the briefing were hesitant to describe what would be the trigger for borders to be temporarily closed to give Australia comfort FMD is not spreading and allow Indonesia to isolate the disease.

“Because they’ve been indecisive we don’t have that comfort and it is creating a vacuum and anxiety in the community, in the agricultural sector and I think now after receiving that advice – the initial advice I had was that there was some containment and it looked as though it was happening.

“The fact that it is not contained opens up to my mind that this threat continues and in fact is increasing, rather than diminishing, and at that point I think it is beholden on the government to take away that anxiety, to give that certainty, to take away the indecision that this minister has provided,” he said.

“I think this where the Prime Minister probably needs to step in, show the leadership that the Indonesian president has and just give us that trigger point, so there is an understanding of when and if.” 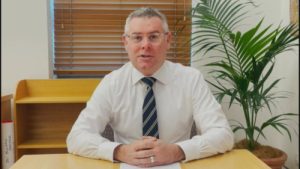 On Twitter yesterday, Mr Watt said the the former Coalition ministers all faced overseas FMD outbreaks before and “never closed borders or did anything they now demand.”

“Playing politics to scare farmers as we work w/industry to keep FMD out,” Mr Watt tweeted.

Mr Watt told Sky News Australia that the government had no plans to close the border to Indonesia or to any of the other many countries that have Foot and Mouth Disease.

“I think what’s important though is that David Littleproud and Peter Dutton don’t just say these things, they’ve got to show leadership.

“This is a test of their leadership of their parties about whether they are actually going to do the right thing by Australia’s agriculture industry or whether they are going to continue to fan the flames of hysteria that we are seeing from their own members,” Mr Watt said.

“They’ve got to pick a side; are they standing with Australia’s agriculture industry or are they just going to keep playing politics with our industry at the expense of Australian farmers.”

Mr Watt’s office is yet to clarify whether there is a ‘trigger point’ for closing Australia’s border to Indonesia for biosecurity reasons or if this is not an option under any circumstances. 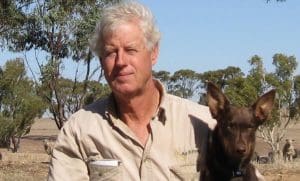 In Western Australia today, the Pastoralists and Graziers Association has labelled comments by Agriculture and Food Minister Alannah MacTiernan that an outbreak of Foot and Mouth Disease ‘would not be catastrophic’ and that ‘staple grocery items could even be made cheaper if the contagious disease … got into Australia’, as reckless and irresponsible.

PGA president Tony Seabrook said he was appalled at the minister’s comments in the West Australian newspaper and at her “cavalier attitude” towards the likelihood of FMD into Australia from the popular tourist island of Bali.

“It is impossible to overstate the disastrous consequences that an outbreak of Foot and Mouth Disease here in WA would have on our livestock industry, and it is appalling that our own Agriculture and Food Minister would be so cavalier in her attitude towards this very real and significant biosecurity threat to our industry as to suggest that an outbreak of ‘Foot & Mouth will mean cheaper milk and meat’,” Mr Seabrook said.

“Many livestock producers can recall the 2001 outbreak in the United Kingdom where 2000 cases were detected and over 6 million sheep and cattle were slaughtered and incinerated. They can also recall that it took years for the UK livestock industry to regain many of its export markets.

“Any outbreak of FMD in any of these sectors would immediately trigger a minimum 72-hour livestock standstill, which would mean there would be no movement of any livestock for a minimum of three days, which would shut down all abattoirs and dairies, severely crippling our supply chain and resulting in shortages of meat, milk and cheese on supermarket shelves.

“Any long term and widespread outbreak would see herds and flocks destroyed, crippling not only our international and domestic markets, but our retail butcher shops, small goods processors, food service industries, and the WA hospitality sector,” Mr Seabrook said.

“Instead of downplaying the seriousness of this disease, the Minister for Food and Agriculture  should be reminding the WA public who are travelling to or coming from  flights from Bali, of the importance of making sure they report any travel in rural areas, that their shoes and clothing are dirt free, and to not bring in any meat products.”