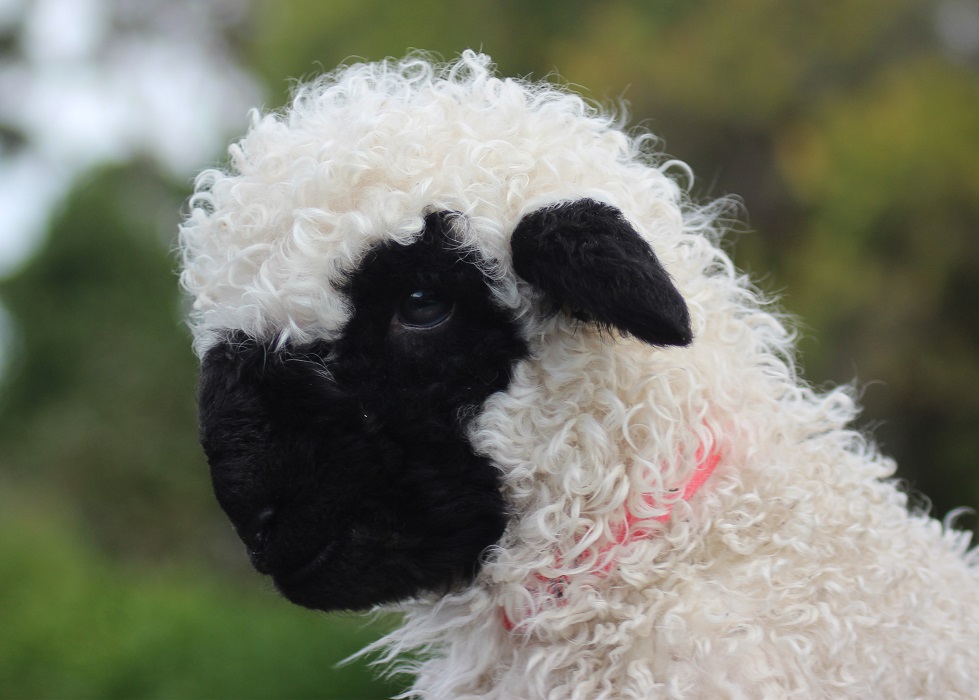 THE introduction of the striking Valais Blacknose sheep into Australia from the United Kingdom is not expected to lead to further importations of other British breeds.

Since the first Blacknose lambs were dropped recently, interest in the sheep breed, its rarity and importation costs have led to importing company Caprotek pricing surplus ewes at $25,000, embryos at $10,000 and wethers at $7000.

And Belinda Cardinal from Caprotek at Camperdown in south-west Victoria said there is a waiting list for live animals and embryos. Some semen is available.

She said following the Valais importation there has been “quite a few” enquiries from Australian breeders of other British sheep breeds also wanting to import genetic material.

“But it’s not anything new really, sheep have been imported into the country before, it’s just that it is very difficult.

“If people want to do it now, they still can, but it is still going to be difficult – it’s not opening the floodgates or anything like that.”

Ms Cardinal said it took four years from starting her search for suitable genetic material to the birth of the first Valais Blacknose sheep from imported embryos.

But she said unfortunately it’s not possible to import genetic material from many other breeds that breeders want because the quarantine department requires the sheep to be of certain scrapie-susceptible genotypes.

Scrapie is a fatal, degenerative disease affecting the nervous systems of sheep and goats. It is one of several transmissible spongiform encephalopathies and similar to Mad Cow Disease.

“And everywhere else in the world they are breeding away from those genotypes, because nobody overseas wants scrapie-susceptible animals they all want resistant animals.

“So what that means is, the way the permit is written at the moment, probably the vast majority of commercial breeds can no longer be imported into Australia, so you can’t get the best genetics in the world.” For potential sheep genetics to be considered by authorities for importation into Australia they have to be scrapie-sensitive so they show the presence of the disease with testing, Ms Cardinal said.

“It is very very difficult to find animals that fit the criteria and for some breeds it is literally impossible.

“In the UK especially, they actually had a funded campaign to get rid of them all (the scrapie-sensitive sheep strains),” she said.

“There was a massive scrapie eradication program (in the UK) and it happened in the United States as well.”

The scrapie issue also made it difficult to export sheep from Australia, because of the difficulty in finding resistant animals, even with one resistant gene allele, whereas importing countries wanted “double resistance”, she said.

The Valais sheep she imported had to test as susceptible but negative (free) to scrapie, be free of several other diseases, be a certain age and meet other criteria “in a list as long as my arm,” Ms Cardinal said.

Ms Cardinal said she didn’t think she would be able to keep up with the demand for the Valais.

“People will have to put their name on the list and it will be many years to come before I can fill all the orders.

“Forty thousand people saw that one post and I haven’t had to advertise since.”

She has 26 Valais 1-7 month-old lambs on the ground out of surrogate ewes from three embryo flushes.

Some of the wethers have been castrated because they did not meet the breed’s standard, leaving about eight entire rams and 13 ewes. Some embryos have been sold for $10,000, a ewe lamb is valued at $25,000 and a wether at $7000.

Ms Cardinal said the average success rate for the three ET program was 60 percent, within a range of 50-80pc.

Valais Blacknose sheep were initially bred as a dual purpose wool-meat animal in Switzerland and are known as ‘the world’s cutest sheep’ with a medium to large frame and placid temperament.

“They have a similar type of fleece as an English Leicester, so are not really a highly commercial breed for wool.

“It is going to be many years before there are even enough of them to consider doing anything on any scale for meat or wool, but you have to start somewhere,” Ms Cardinal said.

“They’ve been in the UK now for 10 years now and you wouldn’t even mention to breeders that you are thinking of doing anything like that with them.

Caprotek is organising a second embryo importation from sheep owned in the UK.

“They have to be over five years old so it is a challenge finding the right animals.

“They have to be five years of age to prove that they are clear of the diseases.”

The Department of Agriculture, Water and the Environment’s Head of Biosecurity Andrew Tongue said this was not only the first time Valais Blacknose sheep had been born in Australia but the first time the breed had reached Australian shores.

He said the department liaised with Caprotek to ensure the genetic material met all of Australia’s strict biosecurity requirements.

“Sheep genetic material could potentially pose a risk of serious animal diseases such as scrapie, the ovine equivalent of Mad Cow Disease.

“Following a long process over three years, complicated by Brexit and the COVID-19 pandemic, the frozen embryos and semen were approved by the department and were able to make their way to Australia,” he said.

“The importer was able to meet all biosecurity requirements to allow the import, and as you can see from the photos, the result was worth the effort.”

A DAWE spokesperson said it is not expected that the importation of Valais Blacknose germplasm will result in an increase in the number of sheep breeds imported.

“Requests are assessed as they are received and there has been no change to this process.

“Any requests resulting in the approval of additional breeds and genotypes will enable these breeds to be added to the ‘approved breeds’ list on BICON,” the spokesperson said.

“The department allows importation of germplasm from a number of ‘pre-approved’ sheep breeds and genotypes as listed on BICON, from approved countries.

The spokesperson said the department receives regular enquiries about the importation of germplasm from breeds not previously approved in BICON, but there has been no significant increase in these enquiries since the Valais Blacknose importation.