Field and Read run with Macdonald in AWI election 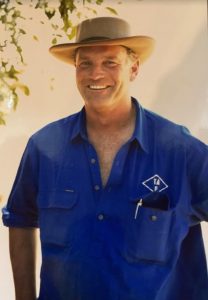 AUSTRALIAN Wool Innovation board challengers Michael Field and Steven Read have launched their campaign for election on a ticket with current AWI director Don Macdonald.

With the help of a QR code leading interested growers to a website featuring a blog, a how to vote card and news items, the pair are campaigning on offering a “point of difference” to voters to build on the past work of the levy-funded body.

Mr Field from the New South Wales-based TA Field Estates is claiming to be the biggest fine wool producer in the world. Mr Read is the chief executive of Australia’s biggest and oldest wool exporter Michell Wool.

Mr Field said he and Mr Read believed AWI had “done some great work in the past”, but it was now time to build on that.

“If Steven and I are elected we can bring some fresh blood and new ideas into AWI and re-invigorate it,” he said. 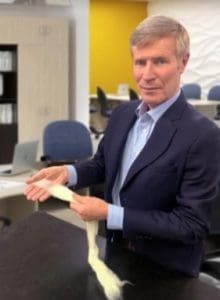 They are also arguing the current 1.5 percent wool levy be maintained and only increased once wool growers see productivity increases, higher demand and prices for wool and that AWI is achieving its objectives.

Other changes they would like to see include reinvestment in sheep genetics programs, pathways to reduce, refine and eventually replace painful animal practices such as mulesing, investigation of strategies to become carbon neutral by 2050 and deal with the shortfall of shearers and shed hands, commitments to more research to enhance wool and sheep production, and more diversification into other overseas markets.

If elected as directors Mr Field and Mr Read said they would work hard to help AWI become one of the best R&D and marketing organisations in Australia and improve the profits of wool grower shareholders. Voting for board positions by registered growers began this week.

In the letter sent to growers, registered AWI voters are asked to divert their voting entitlements away from other candidates, to Mr Read, Mr Field and Mr Macdonald.