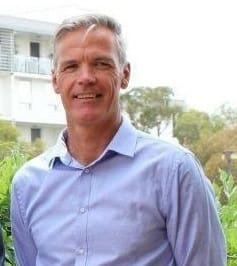 FARMERS have welcomed plans to access Vietnamese workers under the Federal Government’s Ag Visa Program, but the prospect has been canned by the Australian Workers Union.

Minister for Foreign Affairs Marise Payne announced on Monday that Australia had signed its first bilateral Memorandum of Understanding under the Australian Agriculture Visa Program, with Vietnam.

“It is a key initiative of the Australia-Vietnam Enhanced Economic Engagement Strategy launched by our countries’ Prime Ministers on 1 November 2021.

“This followed my visit to Vietnam in November 2021,” she said.

“It supplements the Pacific Australia Labour Mobility (PALM) scheme, which remains the mainstay for meeting agricultural workforce shortages in our primary industries sector and the key solution for the current harvest.

“Under the Australian Agriculture Visa Program, employees will be recruited to work across a range of agriculture sectors, including horticulture, dairy, wool, grains, fisheries and forestry, including support services and primary processing,” she said.

“The partnership with Vietnam signals the practical beginning of the Ag Visa, an initiative led by the NFF.

“Vietnamese Ag Visa holders will certainly be welcomed arrivals to farms and regional communities across Australia,” he said.

Mr Mahar said a significant amount of Australian grain, beef and horticulture products was exported to Vietnam and it was a great continuation of that relationship to have Vietnamese Ag Visa holders working on Australian farms.

The NFF said the ag visa, announced by Minister Littleproud in September 2021, will widen the recruitment opportunities for an uncapped number of low to highly skilled workers.

The concept was conceived by the NFF and its members in 2016 to address the sector’s dire workforce challenges, which have been made worse by COVID travel restrictions, the NFF said.

The ag visa will allow family farmers, which make up the lion’s share of Australian agriculture, to recruit the workers with the skills they need, for the time they need them and crucially, only accredited farmers will be able to access the visa, the NFF said.

“From the inception of the visa, the NFF has prioritised measures to ensure workers have a positive experience on farm.” 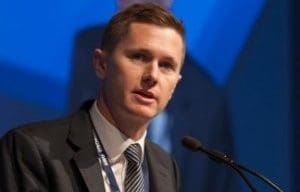 However, the AWU said today the Vietnam MOU on the ag visa is “likely meaningless, but dangerous if it bears fruit.”

An AWU statement today warned that Vietnamese workers arriving in Australia on the new ag visa would be entitled to even fewer rights and protections than previous guest workers “who have nevertheless been routinely exploited in the horticulture industry”.

The union said the new MOU with Vietnam is unlikely to result in an actual hard agreement, but AWU national secretary Daniel Walton said it was important to be aware of the hazards regardless.

Mr Walton claimed the visa contained fewer protections for workers than the Pacific Island visas that it sought to compete with.

“And a Senate Inquiry this year has once again underlined just how prevalent exploitation is even among these relatively protected Pacific Island workers, with Samoan fruit pickers telling the hearing they were paid just $3.20 an hour.

“In the unlikely event that (Agriculture Minister) Mr Littleproud is able to move his Frankenstein visa out of the dreams of the farming lobby and into the real world it would be a disaster,” he said.

“Mr Littleproud seems happy to throw Australia’s relationship with our Pacific Island neighbours under a bus, because the farming lobby can sniff an opportunity to get access to a stream of even more easily exploitable workers.

“Mr Littleproud and the farming lobby need to explain why they can’t plug any labour shortages with a combination of unemployed Australians, permanent migrants, and guest workers from the Pacific on visas that contain protections,” Mr Walton said.

“In the meantime, it’s not good enough for him to simply scapegoat the AWU and the Foreign Minister for the failings of his own unethical scheme.”