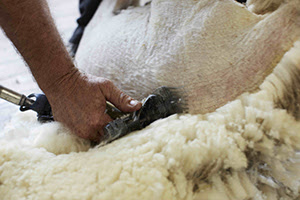 A COMPULSORY learner shearer quota proposal has been rejected by the Fair Work Commission, but it has agreed to reintroduce a learners’ log book and minimum pay rate.

Last Friday the Fair Work Commission announced it had rejected the Australian Workers’ Union’s submission to reintroduce the workplace law to have 1-in-4 compulsory learner shearers in Australian shearing teams.

The Shearing Contractors Association of Australia said the AWU’s claim to have compulsory 1-in-4 shearers as a learner — where there is a learner available — was originally submitted more than 18 months ago but was rejected primarily on the basis that it did not substantially meet the modern award objectives.

SCAA secretary Jason Letchford said the debate for its reintroduction was whether or not the modern award is the most appropriate instrument to promote the need to train learners.

“The compulsory nature of such a provision was outweighed by the need to have flexibility in some situations and the fact that there are numerous other successful training programmes in place, on balance, negates this need.”

The SCAA also acknowledged that contractors who do ‘the right thing’ will nearly always have a learner in their team and those who make little effort to invest in the future of their industry, will not engage learners regardless of what the industrial laws state.

AWU Victorian secretary Ben Davis said the FWC decision showed that the modern award criteria is too restrictive and the union would continue to fight to include a 1-in-4 learner shearer provision.

“The feedback we get from shearers is that there are not enough learners at all,” he said.

“It’s an aging workforce and they are worried about the future of the industry, given that there don’t seem to be as many young ones coming through as there used to be.

“As the SCAA acknowledges, contractors who do the right thing will have a learner on anyway, so if Fair Work had agreed with the AWU submissions it would not have impacted on them at all.”

“The sort of person who would make a really good shearer wouldn’t necessarily enjoy the experience of having to do a TAFE course to become one – they would actually want to get out on the board and learn directly.”

The SCAA said a compulsory learner award provision — reserving a certain number of pens for learner shearers — was first introduced in 1917 and was retained in the Pastoral Award in various forms up until recent times when it was omitted as part of the award ‘modernisation’ process. The SCAA was not unanimous in not supporting the proposal to reinstate the removed provision for the compulsion to engage learners. All SCAA members recognise the need to have a ‘continuous flow’ of learners in the industry’s workforce, the association said.

Learner’s log book and pay rate back in award

Under the new learner’s pay rate provision, the earnings of a learner shearer will not be less than they would have received had they been employed for the same period as an adult shed hand, plus the combs and cutters allowance of $20.36 per week. The agreement of such specified learner will be endorsed “learner” at the time it is signed. Adult shedhands are paid about $50-$53 a two-hour run, depending on experience.