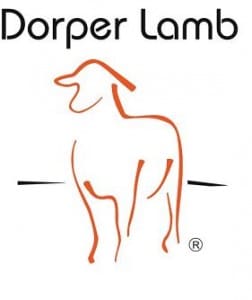 A live export order and a welcome meal of chops at a WA farmhouse was the genesis of the multi-million dollar business Dorper Lamb, as Ross Ainsworth explains.

Late in 2002, Central Pacific Livestock Pty Ltd (CENPAC) negotiated a contract with the Shandong Agricultural Group from Jinan in northeastern China to supply 1000 head of purebred Boer goats and 1000 head of purebred Dorper sheep. These animals were to be used to develop an elite breeding herd for the province of Shandong.

The principals of Cenpac were Graeme Howie and Peter Horgan, two very experienced operators in the live export business who have sent mainly consignments of cattle to a wide variety of Asian destinations.  Peter and Graeme spent a great deal of time on the phone, in the air and in the car finding the primary sources of the animals needed to fulfill the contract. Once the bulk of the stock were located, the final process of individual selection, collection and health protocols commenced at the end of February 2003.

Through a happy coincidence, these particular breeds tend to be concentrated in areas that also happen to produce some of Australia’s best wine. The sheep and goats were sourced from the Swan Valley and Margret River regions in Western Australia, South Australia’s McLaren Vale, Hahndorf and the Coonawarra areas, Bendigo in Victoria, and the Riverland regions of Victoria and New South Wales.

Normally, I have to confess that Tuberculosis testing is a very boring job; where an animal is injected in a specific site and this is measured for any swelling 72 hours later. But this fact meant that I had to visit every fine wine growing location across southern Australia at least twice over a period of three months from the end of February to the beginning of June 2003. Numbers at each place were modest and the work was easy. I don’t recall having a more pleasant job, except when I accompanied Graeme and Peter to the Indian Ocean island of Mauritius to discuss the health protocol for imports of cattle and goats with the local government officials a year or two later. 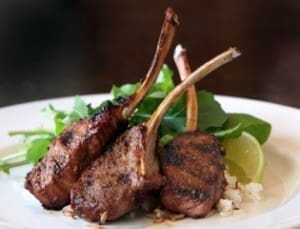 One of the first farms we visited belonged to Margie Maslen at Bakers Hill, about an hour’s drive north east of Perth.

After completing the selection and testing process in the yards, we were invited back to the homestead for lunch where Margie prepared some Dorper lamb chops. I can still remember the moment when Graeme, Peter and I tasted our first Dorper lamb and immediately looked at each other with amazement at the magnificent flavour of the meat – delicious and unique. We didn’t know it then but the Dorper Lamb brand was effectively born that day at Bakers Hill.

Over the following months the animals were gradually tested and collected at two sites; at the Clappis farm on the top of the Wilunga Hill in the McLaren Vale area of SA and the other at Stan Dorman’s farm, Romily Hills, near Beverley in W.A. After a final thirty days in quarantine and another round of testing and treatments, the stock were trucked from SA and WA to meet the livestock vessel MV Zebu Express at Fremantle wharf in the first week of June.  All went to plan, the livestock were loaded, health certificates and documents issued and everybody got paid.  All the livestock arrived in great condition 17 days later in the Port of Qingdao, China.

Lots of testing and transport mean that some animals will invariably be unable to travel because they fail tests or get injured or rejected for some other reason. This means that exporters need to have excess numbers to cover for these losses. In this instance, about 50 sheep and goats were left over at Stan’s farm after the shipment had sailed.

To cut a long story short, Graeme Howie was so impressed by the unique flavour and the very high productivity of the Dorpers that he used the remaining Dorpers to start the company and the brand, Dorper Lamb. 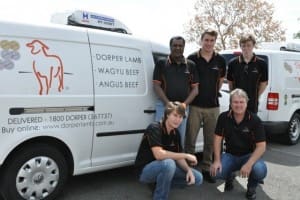 Today, this Perth-based business has expanded into South East Asia with distribution and production facilities in Malaysia and Singapore and annual sales over $3 million.