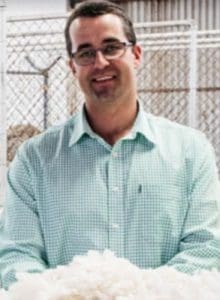 The peak wool grower body already has a policy supporting mandatory pain relief for surgical mulesing, but the EU legislative review process has raised the prospect that WPA’s policies need to consider other procedures.

Public consultation for the EU process concludes on 22 January next year in time for European Commission adoption of any changes by late 2023.

The current EU animal welfare law review process aims to update rules to increase the role of recent science-based analysis, broaden their scope and make them easier to enforce – generally increasing the level of animal welfare in the EU.

An Inception Impact Assessment document aimed at informing citizens and stakeholders about the European Commission’s plans, lists two options under the category ‘Mutilations’ to futureproof and adjust welfare requirements swiftly to scientific, technological and societal developments, and update them for the protection of certain animal species.

The two options are:

Option 1: Prohibition of tail docking and/or castration and/or dehorning and/or beak trimming.

The IIA document states that the objectives of the EU legislation concerned by this initiative are to ensure a harmonised approach to the protection of animals and their welfare, and to create a level playing field across the union.

The document also states that varying animal welfare standards between EU member states “have led to competitive distortions in the internal market” and that “the scope of the application of EU animal welfare rules to imports must also be considered in the context of this economic assessment, notably the impact this requirement would have on non-EU countries, and in particular developing countries as well as the ability for EU consumers to make informed purchasing choices when exposed to (substandard) imported products.”

“Animal welfare rules are linked to the process and production methods which in most cases are non-product related, which means that no discernible differences exist in the final products. In sum, EU measures applied to imported products must be compatible with relevant World Trade Organisation rules.”

At a WoolProducers Health and Welfare Advisory Committee meeting on 10 November all committee members agreed that pain relief was an increasingly important issue for the industry and that “it is necessary that WoolProducers develops further policy in this space.”

WPA general manager Adam Dawes said WoolProducers is concerned about the EU’s consideration of a prohibition on tail docking and castration or mandatory pain relief rule, including the potential application of this to imported goods.

“That could be in the sense of a prohibition, which would be unlikely to be compliant with WTO rules, but it could be to the point of labelling requirements to advise consumers whether products are compliant or not, with EU welfare standards.

“We are already seeing similar initiatives in the EU through the Product Environmental Footprint (PEF) labelling proposal.”

There is a concern that if the EU enforces a need to prove that chicken eggs (or goods containing eggs) entering the EU come from cage-free production systems and are labelled as such, this might also be applied to sheep and wool product imports.

Mr Dawes agreed that if the EU labelled imported eggs according to their production system, this could also be applied to wool and meat products, such as lamb.

Although the IIA document is silent on mulesing, Mr Dawes said the procedure is banned in some EU countries, including in the United Kingdom.

“Understanding a little bit about market sentiment, if they are proposing to take positions like this on tail docking and castration, you can guess what the position will be on something like mulesing.”

Mr Dawes said the EU’s attitude to sheep and wool imports based on animal welfare might not necessarily be confined to Australian products.

“The same would apply to South African, South American and New Zealand wool potentially if they are looking at tail docking and castration.”

Mr Dawes said what Australia needed to focus on, and advocate for, is that enhanced lifetime animal welfare outcomes is the underlying reason its producers undertake the procedures.

“We can defend or justify undertaking those animal husbandry procedures if they’re done according to best practice.

“The first priority of the Australian Sheep Sustainability Framework reflects the industry desire to continually evolve toward best practice through the ‘reduction, refinement and replacement’ of painful husbandry practices.”

Mr Dawes said it was fair to say that other Australian wool and sheep markets might also undertake regulatory processes similar to that underway in Europe.

“Regulation evolves to reflect societal expectations and we already know through some of the quality assurance schemes, be it the Responsible Wool Standard, SustainaWOOL and ZQ, that there is demand for products that meet certain expectations.

“Regulations will naturally start to follow those societal expectations.”

When asked whether revised peak body policies supporting mandatory pain relief for mulesing, castration and tail docking would satisfy EU requirements, or whether regulation would be needed, Mr Dawes said it is difficult to justify the procedures unless done according to best practice.

“I think as an industry, some of what we need to look at is ‘what is best practice in this space at the moment?’”

“The Australian sheep welfare standards and guidelines state that producers ‘should’ use pain relief when tail docking and castrating, when it is cost effective and readily available,” he said.

“We do really need to look at what is best practice, we’ve got effective pain relief products, they do come at an additional cost, but they’re not super expensive, given they are administered only once in the animal’s lifetime.

“Once we get producers on board with doing that on a voluntary basis, the regulatory burden becomes less.”

Mr Dawes believes there is more work to be done in extension to growers about market sentiments and perhaps in research to define production benefits to extend voluntary uptake “before we look at considering regulation.”

“It’s hard to answer the question on behalf of the EU.”

Mr Dawes said WoolProducers would make a submission to the EU process based around lifetime animal welfare outcomes and pointing out that “best practice is not black and white.”

“What applies in Europe won’t be practical or best practice here – in some circumstance it might be, but not in all circumstances,” he said.

He said the WPA submission would focus on considerations that blanket bans or mandating, particularly on imported goods, would compromise animal welfare outcomes in the short-term.

Mr Dawes said WPA’s consultative process to extend its policy in the pain relief space will involve a paper to Health and Welfare Committee members before its February 2022 meeting to inform policy discussions.

“At the moment, our policy only mentions pain relief for mulesing and supports the sheep welfare standards and guidelines.

“Given the increasing importance of the issue, we need to broaden our policy in some way,” he said.

“It might not be calling for ‘mandatory’, but might be aligning with the ‘reduce, replace, refine’ mantra as per the sustainability framework.”

Additional traceability documentation could be needed

Mr Dawes said if the EU was to apply the proposed animal welfare requirements to imported products – wool or sheep meat — there would be a need to provide assurances that goods are compliant or not compliant.

“If it came down to labelling, and in the absence of being able to prove that a product was compliant, would the default position be that it is non-compliant?

“And would premiums or commercial incentives flow with that? he said.

“That’s what we would need to wait for.”

Mr Dawes said if regulation on husbandry procedures was implemented there would not be a need for traceability associated with products, but added there were already contracts wanting to source non-mulesed wool that specified Australian non-mulesed or ceased mulesed wool as declared on the National Wool Declaration or by an integrity scheme, or ‘wool other than Australian’.

He could not see the need for additional traceability on animal husbandry procedures in regard to sheep meat extending to declarations on the National Vendor Declaration because the NVD is a food safety and biosecurity document.

“This would require a significant review of the scope of the NVD.”

However, he could see that some countries might need traceability on husbandry procedures that related to sheep meat products.