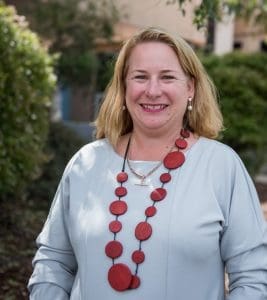 A NEW award to encourage emerging talent has been added to the prestigious Helen Newton Turner awards this year.

Nominations from across Australia are open for two Helen Newton Turner awards for 2021, provided encouragement and inspiration to people engaged in animal genetics.

The first award is the prestigious Helen Newton Turner 2021 Medal to recognise significant achievement and outstanding contribution to advances in animal genetics in Australia.

The new award is the Helen Newton Turner 2021 Bright Futures Award, recognising the achievements of an up-and-coming individual who is showing evidence of establishing a reputation for excellence in the field of animal genetics within Australia.

The awards are named in honour of Dr Helen Newton Turner who had an outstanding career with CSIRO that was dedicated to research into the genetic improvement of sheep for wool production.

“We are very excited to introduce the new Bright Futures Award which is to recognise an individual who is beginning to or continuing to establish themselves in the field of animal genetics through scientific research, innovation, influence or other work,” Ms Lorimer-Ward said.

“The trust see this new Award as an opportunity to support emerging talent.”

Helen New Turner was a great advocate of mentoring and supporting new talent, with many in the industry today because of her contributions.

“Helen recognised that her own good fortune early in her career was through someone identifying that she had talent and a bright future,” Ms Lorimer-Ward said.

The recipient of the Helen Newton Turner 2021 Medal will be invited to deliver an oration on a topic of their own choice at the Conference of the Association for the Advancement of Animal Breeding & Genetics (AAABG) that will be held in Adelaide 2 – 4 November 2021.

In addition to presentation of the Medal at the AAABG Conference, the Trust will cover the cost of travel, accommodation and attendance at the conference for the recipient.

The recipient of the Helen Newton Turner Bright Futures Award will receive either a $500 cash award or paid travel, accommodation and attendance to the AAABG Conference.

More information on the Helen Newton Turner Award is available from www.dpi.nsw.gov.au/hnt-trust.