ONE of the largest on-property sheep dispersals to be held in southern Australia in recent years will be held at Apsley, near the Victoria-South Australia border, on January 19. Following the sale of well-known border-district property ‘Llanthro’, the Porter family are dispersing their well-regarded, high-performance commercial flock with an on-farm selection of 10,000 Merino and crossbred sheep to be sold.

Following the busy run of annual southern off-shears and breeder ewe sales in the lead-up to Christmas, the sale date for the Llanthro sheep offers graziers an opportunity to secure genuine and proven ‘top of the drop’ breeders in time for the 2015 lambing season.

The Llanthro flock has attracted high praise from some of Australia’s most respected sheep experts, including recently retired sheep classer Stuart Hodgson, OAM. 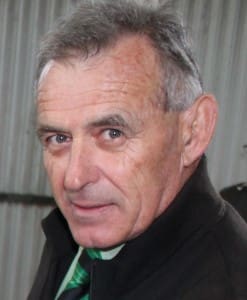 “I have been selecting rams and classing sheep for the Porter family for 15 years and I believe Llanthro’s Merinos form one of the best flocks I’ve ever had the privilege of classing,” Mr Hodgson said.

“Their beautifully crimped, white, waxy wools are a tribute to the Nerstane Merino stud, exhibiting great structural balance along with the ability to cut optimum amounts of quality medium wool.”

“I classed the Llanthro 2013-drop ewes in November 2014. I was aware of their reputation but had never seen the flock before. The evenness, handle and whiteness of wool was outstanding. They are uncomplicated, productive sheep with sound structure,” Mr Calvert said.

The fine-medium wool Merino flock averages 4.5-5kg wool cut per head at 18 micron and is based on Nerstane bloodlines.

The Llanthro dispersal will provide wool growers and prime lamb producers with an opportunity to secure 4000 unmated Merino ewes (2010-2013 drop) and ewe lambs, along with 2250 Merino ewes joined from December 1 to Border Leicester rams from the Coolawang and Johno’s studs.

Purchasers looking to capitalise on sustained excellent lamb and mutton prices without compromising on wool volume and quality will find the offering of 1500 Merino wether lambs (July-August 2014 drop) and 1000 Merino wethers (2013 drop) well suited to their requirements.

Llanthro principal Tom Porter said he was “extremely proud” of the sheep to be offered on January 19.

“This dispersal represents 30 years of our Merino flock’s development and improvement. Years of rigorous, independent classing and the selection of high-indexed ASBV Merino rams from the Nerstane stud have put us in very good stead and ensured our Merinos form the nucleus of a very versatile sheep flock which has enjoyed sustained commercial success over many years,” Mr Porter said. 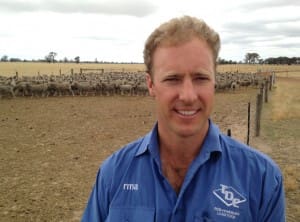 The agent overseeing for the dispersal, Rob Handbury from TDC Penola, said as a genuine complete flock dispersal, the Llanthro sale was a rare opportunity to purchase sheep with years of quality breeding.

“They are deep-bodied, easy-doing sheep,in very good condition despite the season, which is a testament to their doing-ability,” he said.

Mr Handbury said all sheep to be offered at the dispersal were vendor-bred, December-shorn and plunge-dipped with Diazanon just before Christmas.The sheep are free to travel anywhere in Australia.

The flock dispersal will be held at Llanthro (5km north of Apsley) on Monday, 19 January, commencing at 2pm local Victorian time. An on-property clearing sale will be held on Friday 23 January from 10am, to be conducted by Naracoorte First National’s Brian Edwards.