RURAL services provider Elders Limited has issued a trading update to the ASX, flagging an expected 20-30 percent rise in pre-tax earnings for its current 2022 financial year, versus previous year’s performance.

Reflecting the vibrant state of most agricultural commodities and the favourable seasonal fortunes in many regions heading into winter, the forecast is well above analysts’ expectations, some of which had pegged Elders likely growth for its year ended September at 11.4pc to 12.5pc.

Elders managing director and chief executive Mark Allison told the ASX that Elders’ performance so far in its 2022 financial year had been strong and exceeded expected performance after the first five months of the previous corresponding year.

“After finalisation of the February trading numbers, which continue improved earnings for the first quarter, we now believe we will exceed analysts’ consensus for the full year to 30 September 2022 and produce an underlying EBIT result in the range of a 20-30pc increase – which is necessarily broad given we are only five months into our financial year,” he said.

Elders had seen improvement in its retail and wholesale segments compared with the same time last financial year due to increased sales and favourable seasonal conditions in most parts of Australia, the company said. 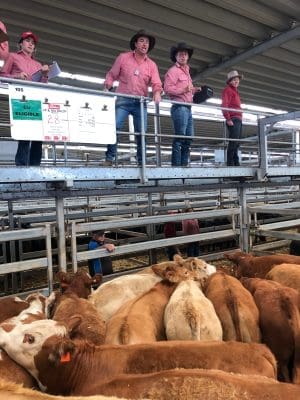 While it believed some of these sales represented forward purchasing by primary producers seeking to mitigate the risk of instability in supply chains, Elders management considered the majority of sales to be a result of increased activity.

Elders agency business continued to perform strongly as a result of high prices in both sheep and cattle, offset to some extent by lower volumes due to restocking and the good availability of feed on farm.

The company’s real estate division was also exceeding expectations due to increased turnover and high demand for property. The increase in real estate activity was due to a combination of market and seasonal factors, acquisition growth and organic growth, it said.