El Niño is here and that means droughts, but they don’t work how you might think

WITH an El Niño looming large this summer, it is very likely we will start to hear quite a bit about drought over the coming months.

Inevitably, at some point you will hear someone say that the warmer temperatures are making the drought worse. This is guaranteed to cause confusion because it’s not actually how droughts work. 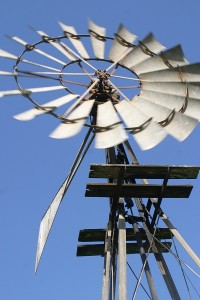 For a drought-prone country, it is quite surprising how few Australians really understand them. Most believe it is a simple equation: rainfall goes down and the temperature rises, leading to more evaporation and an increasingly parched landscape.

But the truth is much more interesting and complex, and the idea that increased evaporation is responsible for common droughts is completely wrong. In fact the issue of how droughts develop is a bit of a chicken-and-egg situation.

The first part of the general idea about drought – that it is kicked off by a decline in rainfall – is correct. But it is the cascading set of changes that occur after this that are often misunderstood.

In a dry region like the Australian wheatbelt, a decline in rainfall also means a decline in evaporation, not an increase as many people suppose.

When we talk about a decline in evaporation in this context, we are talking about evaporation over large regions like wheat fields, sheep paddocks, woodlands, grasslands and so on, not just the evaporation from a small farm dam.

When rainfall declines, the availability of water to be evaporated in the soil also declines. Quite simply, if there is little water in the soil then evaporation can’t increase.

So less rainfall means less evaporation, which in turn means less evaporative cooling of the land and the air immediately above it. To appreciate how evaporative cooling works, think about the principle behind the Coolgardie Safe or those old-school hessian water bags that have made a recent comeback in some hipster shops. Or if you prefer, think about how much cooler a lawn is than a concrete driveway on a hot sunny day – that’s because the lawn is cooled by evaporation.

In a drought, then, the relative lack of evaporative cooling means the land surface and the air just above it tend to get warmer still. Scientists call this a land-surface feedback. But that is just one part of the cascade that increases temperatures.

Where there is less rain, there are also typically fewer clouds and more sunshine. Extra sunshine means extra heat and this has to go somewhere. In normal circumstances, it would go towards evaporation from plants and soil. But with little available water it heats the surface of the land, which makes it even warmer again.

Drought in wetter regions – the same but different

Droughts in wetter regions such as the heavily forested parts of the Snowy Mountains region can also start with a decline in rainfall, much like in drier places, but there the similarity ends.

In the wetter regions, evaporation does not necessarily decline with the rainfall, because there is still plenty of water around to evaporate. Instead, the decline in rainfall can eventually become a driver of a different kind of drought.

In wetter regions, water that isn’t evaporated flows into streams and rivers. You can even think of streams as the “surplus” water left over after evaporation.

The first sign of drought in these regions is not necessarily warming but is instead a decline in stream flows.

A third type of drought

Agricultural drought is the third type of widely recognised drought. This is a much more complex beast.

Papua New Guinea’s frost-driven drought was recently declared the country’s worst in 20 years.
It includes both natural factors, like insufficient rainfall and soil moisture to support agricultural production but there are a range of socioeconomic factors like commodity prices, debt levels, and so on, that are also important. Drought is complex – just ask any farmer!

Even the natural science part of agricultural drought can be complex. For example, Papua New Guinea’s current, worsening drought has led to devastating crop losses and unconfirmed reports of dozens of deaths from starvation and disease.

But the PNG crop losses have been caused by frost, rather than directly by water shortage. There, a lack of cloud during meteorological drought has meant that the land surface has lost heat rapidly overnight, leaving the crops to freeze.

Understanding how those long-term temperature trends interact with drought remains a work in progress. But in the meantime, if drought begins to bite this summer, at least you’ll understand what’s going on.

This article was originally published on The Conversation. Read the original article.