WESTERN Queensland sheep scanner and wool producer Ben Banks is a good position to observe the benefits of wild dog control and he doesn’t think introducing dingoes to Victorian parks is a good idea.

Lamb survival rates have jumped from 30 to 100 percent thanks to wild dog exclusion fencing on their station and Mr Banks said there had been no need to treat the flock for lice for the past two years.

He has also observed more native animals and birds on the family property since the cell was completed.

Mr Banks said wild dogs had not been completely eradicated from the property, but the enterprise was still well in front of where it was six years ago.

The reduction in stress on the ewes has meant conception, lambing and marking rates, and wool cuts have all increased while attacks have fallen.

“Our lamb mortalities have diminished hugely – in 2012 we were getting lambing percentages down around 20-30 percent on scanning,” he said.

“In 2016, after the fence went up, we marked and weaned 100 percent – prior to the fence we wouldn’t have dreamt of achieving that.

“Prior to fencing we were trapping, baiting and shooting,” he said.

“Four of us were spending 25 percent of our time on wild dog control.”

The Victorian Government is considering proposals to re-introduce dingoes in some areas, but Mr Banks said it is “a crazy idea” and he is not confident the use of guard dogs as recommended by dingo proponents would be an effective deterrent.

“They may work on more intensive places but quite often seem to only help the wild dog breeding program.”

Fence height is not the whole answer 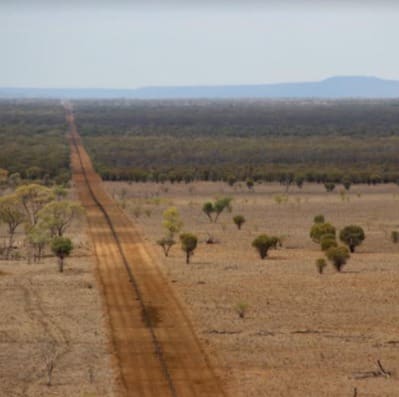 The Banks family has found the fence is not the total answer to the problem with their wild dog monitoring and control program ongoing as incursions continue, but the advent of surrounding properties also fencing and controlling dogs has been welcomed.

“All our external fencing has a 30cm apron – after six years the wild dogs are starting to outsmart it and we are getting a lot more intrusions than when it first went up,” he said.

“At the start it really curbed the numbers but in recent times the dogs have started to work these fences out and they are now going over and digging under them.”

In the future, he will look at erecting fences up to 175cm high, but said if a dog was going to crawl over a fence it wouldn’t matter if it was 150cm or 175cm.

“We are in a cluster with one neighbour and no other feral fences coming off our fence anywhere but now two big places on the outside of us are fencing.

“This will be huge for us as it is another barrier outside – that is happening everywhere throughout western Queensland.”

“If you take Dorpers and goats into it, there is certainly a lot more small stock back in the region,” he said.

National Wild Dog Management Coordinator Greg Mifsud said as the amount of exclusion fences increase, there is risk of a reduced emphasis on ongoing baiting and control programs outside of the fences.

“This is a real and ongoing issue with large numbers of wild dogs using unfenced areas and stock routes – some of those areas are quite problematic for management,” Mr Mifsud said.

“For those landholders on the periphery of exclusion fencing, if those wild dog control programs aren’t being delivered, then they are the ones at the greatest risk.

“Wild dog control is a shared responsibility – just because landholders may be inside other exclusion fences, it doesn’t mean they shouldn’t be contributing to the control program as part of a shire.”