Do your numbers on $400 young Merino ewes, producers warned SHEEP restockers are being warned to do their numbers as figures of $400 or more are being touted for young Merino ewes this spring.

While some of the demand has already been satisfied by volumes of sheep sold from Western Australia to the eastern states, bidding is still expected to be hot at the southern spring sales.

Last year, young Merino ewes topped at $358, but many drafts sold from $250-$300 in a year where there was widespread drought across much of eastern Australia.

It has prompted questions about just how high prices may go this year with a much better seasonal outlook.

NSW Western Division sheep producer Graham Morphett from Alma at Booligal, NSW, said agents were already receiving inquiries for his sheep. This is four months ahead of when they are due to be sold at the Hay spring sheep sale at the end of September.

“Some people are saying that prices may get to $400 for young Merino ewes and I’m not saying that myself, but it’s true that we are in uncharted waters,” Mr Morphett said.

“Agents are telling me they are getting calls about what sheep might be for sale in September, and to work out numbers, and that is very early.”

Mr Morphett said he was unsure whether the annual Hay sheep sale would be held in its traditional format, given the COVID 19 restrictions for gatherings. The sale has attracted crowds of up to 700 people in the past.

“I have no idea what will happen except the sheep will sell and they will sell well,” he said.

The movement of Merino ewes from WA to the eastern states has been happening for months filling the demand void.

Last week, Scott Crosby from the St Quentin stud at Nyabing, Western Australia, sold 750 Merino commercial ewe lambs weighing 41kg for $200 to a buyer from The Rock, NSW. The sheep were trucked over the weekend.

Mr Crosby said the eastern states demand for breeding ewes allowed him to offload numbers due to a dry start to his season.

“We’ve done this before (sold sheep to eastern states buyers) back in 2010 and I think we got $150 which was good money then,” Mr Crosby said.

“We are really happy getting $200 for 12-month-old ewe lambs and with $27 freight, that’s still good buying for the producer.

“It does mean the WA flock is running down as the eastern flock grows, and maybe that might mean that there will be a recalibration of the base flock over here (in WA).”

While sales from west to east continue, it’s unknown what impact this will have on spring prices for replacement ewes.

Elders livestock operations manager Ron Rutledge said spring demand would be tempered by the WA sheep purchases, as well as the inability for some producers to pay the high rates.

“I think we saw some really good prices last spring and already this year and I think that is where the rates will settle,” Mr Rutledge said.

“Some producers have got in early and bought (from WA) to try to avoid paying high rates and they could do that if they could feed them.”

Mr Rutledge said the cost of replacement ewes could see producers buy fewer, or even turn to other enterprises like increasing their cropping program.

“It would be hard to imagine someone switching totally into sheep at the moment, given that any truckload of ewes is going to cost you at least $140,000,” he said.

But some are warning producers to think carefully about what they spend. 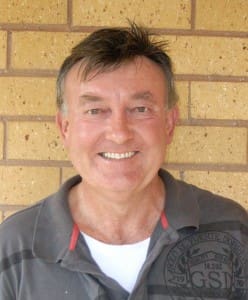 Geoff Duddy from Sheep Solutions at Oman Ama, Queensland, said it could take two years for producers to pay for sheep they bought at current rates.

“If prices go too high, it will be hard to justify buying them,” Mr Duddy said.

“Buyers need to crunch the numbers – hard – and not just base their buying on green grass fever.”

Mr Duddy had advised some of his clients looking to restock to buy early as he feared prices may take off.

“I thought that as soon as the season breaks, we wouldn’t be able to get near them (in term of prices) and they were baulking a bit at paying $120-$130 for older breeders a few months ago,” he said.

“Prices have certainly lifted dramatically since then.”

Mr Duddy said $250 was “very close to the top” of what producers could feasibly pay for a young breeding ewe.

“Even this will probably take two years to pay off,” he said.

“It used to be that the value of your trade-in old breeder plus the fleece plus the lamb would pay for a ewe.

“You can’t even find an equation to work out what you are going to pay this year.”