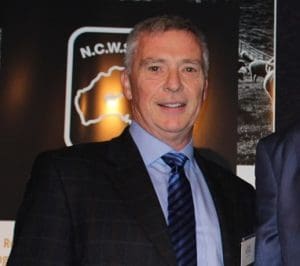 A DISPUTE between Chinese top maker Redsun and Australian Merino Exports has prompted a proposal to review wool trading terms and conditions under the International Wool Textile Organisation.

The dispute over AME’s indent wool buying on behalf of Redsun has led to discriminatory action by several Chinese industry bodies against the Australian wool exporter.

AME in Sheep Central has rejected suggestions by Redsun of the exporter “seriously violating the principle of good faith” in its dealings with the top maker, believing the top maker has acted because AME chose not to agree to a new indent contract agreement.

China-Australia Joint Working Group chairman David Michell said the body had dealt with an arbitration request from Redsun over the dispute; however, this was outside the group’s jurisdiction.

“The challenge we have under the International Wool Textile Organisation (rules) is that for quality disputes we have so many tools at our disposal, we can fix that.

“This is a commercial dispute between two players and that’s outside our jurisdiction,” he said.

“We are unable to do anything other than to suggest that both players should seek alternative remedies to their dispute,” he said.

“What this is leading to, of course, is that we are going to review the total international terms and conditions that we stand behind to see whether we can put commercial (dispute) resolution rules in place for later on.

“We have an excellent relationship with the China side of the working group and we’ve already flagged this in a conversation over the last couple of weeks that we need to find a better way to do this, and they agree,” Mr Michell said.

“So I think in the next 12 months there will be some good dialogue and some good guidelines drawn up.”

“We have provided a large amount of evidence to China Australia Wool Working Group (including the Australian Group) and Nanjing Wool Market as well as the China Wool Textile Association.”

Captain Yang said Redsun has not targeted AME because they chose not to sign a contract, nor “because the current trade relations between China and Australia are tense”. He said indent agreements were signed with Redsun’s other partners for indent business at the beginning of the year, “so there is no problem at all”.

“Over the past 10 years, we have trusted (AME directors) James (Thomson) and Chris (Kelly) very much.

“Because of this, we have not signed a written legal agreement of indenting buying for us,” he said.

“In addition, it is a common practice for indent buying companies in Australia, the indent company doesn’t bear the market risk and earns fixed commission.

AME had previously bought wool for Redsun under a normal ‘indent’ or commission basis, but in January this year, after Redsun raised concerns about the indent commission charged by AME, the wool exporter decided not to continue business under a new supply arrangement proposed by the Chinese top maker. After negotiations broke down, AME ceased buying wool for Redsun and the top maker subsequently complained to Nanjing Wool Market and other Chinese trade bodies, the China Wool Trade Association and the China Wool Industry Association.

AME director James Thomson has said the terms for each indent transaction with Redsun had complied with the Green Book — the contract template of terms and conditions for trading wool between Australia and China developed by the China-Australia Joint Working Group on Wool.

“AME stands by its strong track record with multiple customers.”

AME continues to trade wool for other Chinese companies and Mr Thomson said AME has responded to all claims made by Redsun and NWM directly to peak bodies like Wool Industries Australia and the Australian Council of Wool Exporters and Processors. Mr Thomson said AME had elected not to engage in a Chinese arbitration process because it was a commercial dispute between two companies and there was no contract breach or quality problem.

Mr Thomson said Redsun’s position that an “indent” relationship necessarily requires the only pricing mechanism between each and every party across the world to be auction price plus commission is wrong.

“It is not in the Green Book and we are not aware of any industry wide definition that supports that position.”

“If the pricing inevitably fell where Redsun suggests, there was no need for Redsun to try and subsequently formalise a pricing calculation when it sent the proposed agreement earlier this year,” he said.

“It should be obvious to everyone that the mere fact Redsun belatedly tried to do this is an admission that (a) its argument that the meaning of indent is limited to one pricing calculation is nonsense and (b) there was no earlier written agreement between AME and Redsun for pricing on that basis.”

Mr Thomson said AME was entitled to reject Redsun’s proposal when it was put. He said the shaming and blacklisting of AME should be a concern for the whole industry.

Click here to read AME’s letter of response on the dispute.