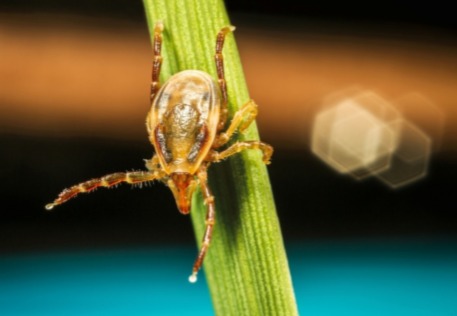 A TICK disease deadly to dogs has been detected in northern South Australia for the first time, prompting a warning to southern Australian dog owners.

Ehrlichiosis is a disease of dogs that causes fever, lethargy, loss of appetite, abnormal bleeding, pain and weight loss. If not treated properly, it can result in death.

In a statement this week, South Australian chief veterinary officer Dr Mary Carr said the bacteria Ehrlichia canis (E. canis), which causes the disease in dogs, had been confirmed through laboratory testing of ticks collected from dogs in the Anangu Pitjantjatjara Yankunytjatjara (APY) lands.

Discovery of the tick’s presence in South Australia comes after the disease was first detected in May and June 2020 in dogs in areas of northern Western Australia and the Northern Territory.

Dogs infected with the disease cannot transmit the disease to other dogs – the only way transmission can occur is through infected ticks.

Currently, infected dog ticks are most likely to be present in remote far northern areas of South Australia. At present, it is unlikely that dogs in the southern parts of South Australia will be infected, unless they have recently travelled to or have come from areas where infected ticks occur.

The brown dog tick is found all over South Australia, so it is possible that infected ticks will eventually be found in other regions as well. Infected dogs do not transmit Ehrlichiosis to people; however, in rare cases infected ticks may infect people.

Dr Carr said the confirmation of the ticks with Ehrlichiosis in South Australia meant dog owners should be vigilant about preventing ticks from biting their dogs.

“The best way to protect your dogs from this disease is by talking to your vet about either maintaining or starting a tick preventative program.

“This commonly involves regular treatments with a tablet, spot-on or tick collar,” she said.

You should also inspect your dog regularly for ticks, and when travelling, try to avoid areas where ticks might be,” Dr Carr said.

“The far north regions of South Australia are where dogs are at highest risk, so if you live in, or travel in and out of these regions, you should be taking extra care.

“If your dog gets sick, report it to your vet, and tell them where you’ve been and when.”

Ehrlichiosis is a nationally notifiable disease. This means if you suspect your dog is showing signs of the disease you must take it to your local vet for examination. If your vet confirms Ehrlichiosis in your dog, they should report it to the Department of Primary Industries and Regions by phoning the national Emergency Animal Disease Watch hotline on 1800 675 888.

The Australian Government Department of Health has information on their website about ticks and human health precautions. More details about the disease is available at pir.sa.gov.au/ehrlichiosis