LIVESTOCK producer suspicions that Australia’s government and its collaborators are adjusting messaging on exotic disease incursion risk and preparedness for trade purposes were confirmed at a Senate hearing today.

Department of Agriculture Forestry and Fisheries secretary Andrew Metcalfe told a Senate hearing into Australia’s biosecurity measures and preparedness that DAFF had been “constantly reiterating through the last period” that Australia is free of Foot and Mouth Disease, Lumpy Skin Disease and African Swine Fever, and has the most stringent arrangements in the world to prevent incursions.

He told the Rural and Regional Affairs and Transport Reference Committee that this was being done out of a concern to protect Australia’s markets and the incomes of Australian animal product producers – given that about 70 percent of the nation’s animal products are exported.

“The mere public discussion about the possibility of these diseases coming into Australia has led to some trading partners questioning whether Australia is just accepting that they may come and potentially impacting on our markets.

“So we have been working overtime to reassure our trading partners that we are free from these diseases and that we are doing everything reasonably possible to prevent them from coming into Australia.”

RRAT Reference committee chair Senator Matt Canavan responded with: “At the same time of course, we need to hope for the best and prepare for the worst and that’s why it’s very important that we do get everything in train.”

Sheep Central and other media have noticed government transparency around key biosecurity questions changed when elements of the metropolitan media last month incorrectly reported that Foot and Mouth Disease was in Australia after tests found FMD viral fragments in a pork floss product in Melbourne and in beef held by a passenger arriving in Adelaide from Indonesia.

The format of some popular online biosecurity webinars has also changed to limit live answering of questions by speakers. Chat functions have been disabled and expert-to-participant question responses are not visible to all participants. This has limited media reporting on questions and answers generated by webinar participants.

DAFF has declined to answer key questions around the pork floss product recall and the risk it represented if fed as swill to pigs while its investigation continued and has not requested revised structured judgements on disease incursion risks since June. The Minister for Agriculture Murray Watt has repeatedly stated that the risk of an incursion was “low” and that Australia is FMD and LSD free.

Meat & Livestock Australia, the Federal Government and industry bodies filmed a tour of the Sydney International Airport‘s biosecurity today to boost producer confidence in the measures being taken. 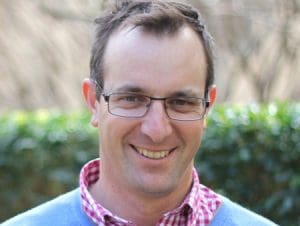 New South Wales sheep and beef producer Angus Hobson believed that the government’s nervousness about the impact of ongoing public discussion about Australia’s response to the threat of FMD incursions may well be affecting its public actions and transparency around biosecurity issues.

“It would appear that there is an effort to deliberately stifle conversation or dampen things down, because they don’t want industry concerns about FMD prevention or control being played out in the media.

“Everyone understands this is a sensitive issue in terms of market confidence, but if ongoing media attention is playing a part in keeping the spotlight on our efforts at the border to exclude FMD, or on strengthening producers’ preparedness activities, then arguably that’s just as important as any potentially delicate conversations with export trade partners,” he said.

“And let’s not forget that just one confirmed case of FMD will mean those conversations are going to get significantly more difficult.”

Mr Hobson said he and many other producers were getting increasingly frustrated at the lack of publicly available information around the methodology in calculating the structured judgements of disease incursion risks.

“Everyone needs to have confidence in the risk assessment process, especially given how widely these figures are now being used to justify the adequacy of current disease exclusion processes at the border.

“And confidence comes with making sure such assessments are publicly available, fully understood and are being independently scrutinised,” he said.

“And it’s important that they reflect the most up-to-date circumstances in terms of what’s happening with disease prevalence in neighbouring countries, and what additional exclusion safeguards we’ve put at our border.

“I think it’s only reasonable that the June risk assessments are updated to reflect the (real) situation in Bali, and Indonesia more broadly, and neighbouring countries, and that all disease incursion assessments are conducted on a country-by-country basis, so we know where to concentrate FMD exclusion efforts,” Mr Hobson said.

“Some context is also needed around figures like this 12 percent incursion risk. If that’s deemed a low risk, does that mean 15pc is high?

“And what is the trigger point for consideration of more exclusion efforts and to rerun the structured judgment exercise post-Bali?” he said.

Senate inquiry has already had an impact – Canavan 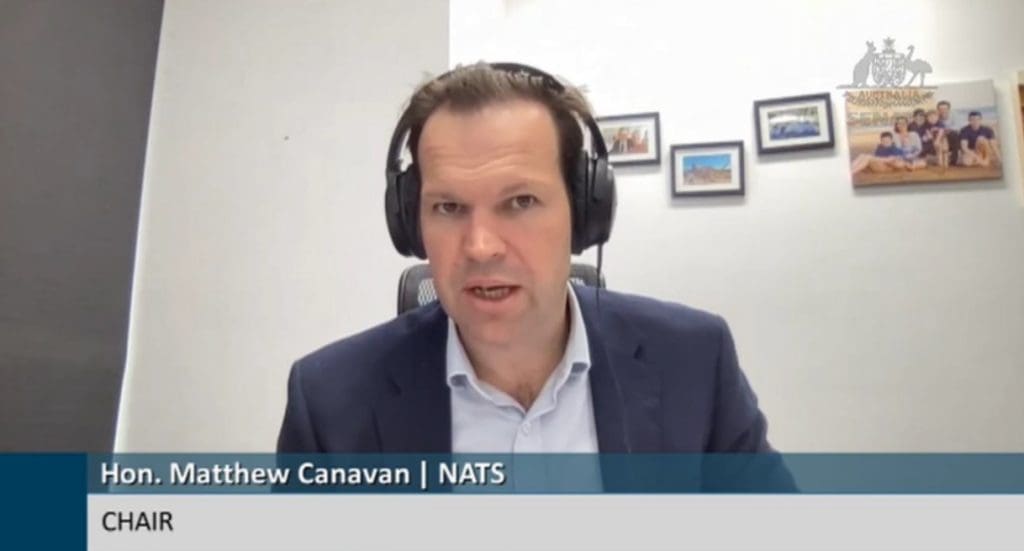 Senator Canavan believed that having the inquiry has already facilitated action.

“I don’t think it was a coincidence that the national biosecurity strategy was released yesterday.

“There is a renewed focus on all of this, that’s a really good thing.”

He said trying to assess the risk of a disease incursion to a decimal point is pointless and it was better to focus on what needs to be done to prevent an incursion.

“I’m very much of the view that we have to very honest and upfront about these risks, both because that will kick-start a renewed focus on keeping it out, including the enhanced border measures that have already been announced and it will also focus minds on preparing for the worst.

“We have to have these honest discussions about what may happen or what we need to do in the event of the worst happening, because we won’t have the time to sit down and formulate a well-made response and plan if this was to happen,” he said.

“It will be a matter of hours to act and act quickly, so the plans are really important.”

Senator Canavan said his preference was that authorities be “honest and frank about the risks, but his biggest concern was whether Australia had enough resources and people to implement the AUSVETPLAN.

He said submissions to the inquiry will close on 26 August, there will be more hearings in September and the committee will report on 10 October 2022.