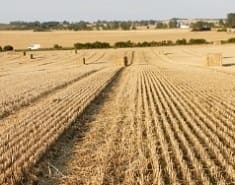 THERE is a risk of a continued move away from wool and sheep meat production towards cropping in Western Australia, leading industry analyst Mecardo has found.

The analysis carried out by Mecardo for Livecorp and Meat & Livestock Australia found that this trend could lead to less diversity of the income stream of farm enterprises in WA and increased volatility of farm receipts.

Sheep price consistency and reliability, pricing levels compared to the east coast, and access to services such as shearing teams and transport operators were factors identified as having a key role in determining future growth or decline in the WA sheep meat and wool sectors.

The report found that the attraction of other more financially rewarding farming enterprises and disruption to live export market access have undoubtedly influenced some enterprise decisions in WA in recent times.

Mecardo said this began with the introduction of new regulatory measures that provide all supply chain participants with greater assurance on Middle East trade access and allows them to make more confident business decisions.

The analysis noted that the ‘fight for acres’ between winter crop and sheep production continues in Western Australia, despite largely finding its balance at a national level.

LiveCorp chief executive officer Sam Brown said WA sheep farmers are an important part of the live export supply chain, and the report provided an important understanding of factors that impact their decision-making, such as risk management and financial returns.

“WA sheep farmers have traditionally relied heavily on wool and live exports, and are exposed to different fundamentals than sheep farmers on the east coast.

“Favourable seasonal conditions and forecasts of continuing strong demand for sheep meat provide incentives for increasing sheep production. However, there are more factors at play in WA,” Mr Brown said.

“It has a smaller domestic market, fewer abattoirs, and less access to the US market for sheep meat due to shipping schedules and proximity, than producers in the east.

Mr Brown said in the past, live exports have played a key part in providing a reliable, year-round market, but since 2018 there has been considerable upheaval.

“The live export industry has responded to seismic changes to regulations in recent years with a dramatic improvement in shipping performance.

“This provides all supply chain participants with greater assurance on trade access and, as a result, there are signs of increased confidence in the WA sheep industry,” he said.

“Ultimately, security in financial returns and access to reliable supply chains and services will have the greatest influence on farmers’ decisions around enterprise mix.

“Greater certainty about live exports will allow farmers to factor in the opportunity it provides for income diversity, alongside cropping and wool production.”

MLA general manager – research, development & Adoption, Michael Crowley, said MLA’s priority for the WA sheep industry is to ensure producers have access to as many markets and channels as possible to ensure healthy competition and a more robust and resilient industry.

“Live export has been, and continues to be, an important channel for WA sheep producers,” Mr Crowley said.

However, as key markets change their demands for lamb and sheep meat, it is important we invest in strengthening all supply chains, providing stability and options for livestock producers, he said.

“MLA will continue to work with industry to invest in R&D, marketing and market access to ensure the WA sheep industry has access to diversified markets.”

The report ‘Analysis of domestic fundamentals influencing the national sheep flock’ is the third in a series of reports by Mecardo on the live sheep export trade. The series can be found on the LiveCorp website www.livecorp.com.au