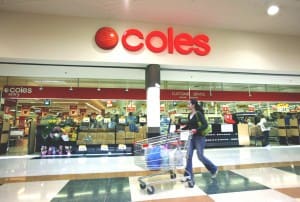 THE Federal Court today ordered Coles pay $10 million in penalties and costs after finding the nation’s second largest retailer guilty of engaging in unconscionable conduct in its dealings with certain suppliers.

The action was taken in two proceedings instituted by the Australian Competition and Consumer Commission over Coles activities in 2011.

The result is one of the first findings of unconscionable conduct in a business-to-business context under the Australian Consumer Law.

Coles will also enter a court-enforceable undertaking to the ACCC to establish a formal process to provide options for redress for more than 200 suppliers referred to in the proceedings.

In her judgment, Justice Gordon said:

“Coles’ misconduct was serious, deliberate and repeated.  Coles misused its bargaining power.  Its conduct was ‘not done in good conscience’.  It was contrary to conscience.  Coles treated its suppliers in a manner not consistent with acceptable business and social standards which apply to commercial dealings.  Coles demanded payments from suppliers to which it was not entitled by threatening harm to the suppliers that did not comply with the demand.  Coles withheld money from suppliers it had no right to withhold.

“Coles’ conduct was of a kind which merits severe penalty.  But for Coles making the admissions it has now made and acknowledging the gravity of its contravening conduct, the conduct and circumstances in which it was committed would have warranted imposing penalties at or close to the maximum the law permits.”

ACCC chairman Rod Sims said the result was a “very significant outcome” for the supermarket sector and the business community in general.

“Much more important is the magnitude of the penalties imposed and the recognition by the Court that Coles’ conduct in its dealings with suppliers was unconscionable and in contravention of the Australian Consumer Law. This should send a clear signal to larger businesses generally about appropriate business conduct in commercial dealings with smaller suppliers,” Mr Sims said.

The court’s decision followed the ACCC’s long-running investigation into supplier complaints in the supermarket sector.

“This investigation was commenced after the ACCC urged suppliers to come forward to the ACCC in confidence to report their concerns about dealings with the major supermarket chains; the Court outcome has vindicated that approach,” Mr Sims said.

“Another important part of the resolution of both sets of the proceedings was the establishment of the formal process to secure redress for the more than 200 suppliers impacted. Securing redress by way of a statutory undertaking for suppliers referred to in the proceedings was central to the settlement.”

“The Court decision provides a clear indication of the types of conduct that are unacceptable in commercial transactions, and gives guidance as to the standards to which businesses should conform in their dealings with other businesses, and indeed, all consumers.”

The ACCC acknowledged Coles’ co-operation in resolving the proceedings and its willingness to make admissions and consent to Court orders.

The ACCC also noted recent public statements from Coles managing director John Durkan, who has said: “Coles unconditionally apologises and accepts full responsibility for its actions in these supplier dealings.”

Mr Sims said the response from Coles and Mr Durkan was an appropriate and responsible corporate response to the Court outcome.

The proceedings related to Coles’ Active Retail Collaboration (ARC) program. The ACCC alleged that the ARC program was developed in 2011 to improve Coles’ earnings by the introduction of continuing rebates into the trading terms of suppliers based on purported benefits to suppliers that Coles asserted had resulted from changes Coles had made to its supply chain.

The Court made declarations that Coles engaged in unconscionable conduct in the implementation of the ARC program in respect of certain suppliers by taking steps, when those suppliers declined to make payment of the ARC rebate, including threats of the following commercial consequences:

In the second set of proceedings, the ACCC alleged that in 2011 Coles pursued some suppliers for a variety of payments, including payments for ‘profit gaps’, waste and fines or penalties for alleged short or late deliveries by suppliers.

In relation to the second proceedings, the Court made declarations that Coles engaged in unconscionable conduct in circumstances where it had greater bargaining power in relation to certain suppliers, including, by:

The court-enforceable undertaking given to the ACCC by Coles provides for the establishment of a formal process overseen by an Independent Arbiter, Mr Jeff Kennett AC, that will allow for a review of the eligibility of: