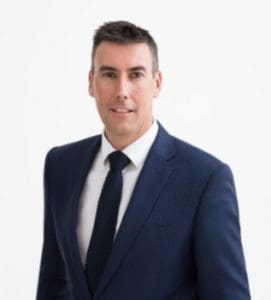 AUSTRALIAN clothing retailer Country Road has committed to using only fleece from flocks verified as not mulesing or as having ceased mulesing in its pure wool products sold in stores by winter 2021.

Country Road Group chief executive officer Scott Fyfe also told the Wool Week forum in Melbourne last Friday that by winter 2023 all wool-rich products sold in its stores would only use verified NM or CM-declared wool.

Mr Fyfe gave a presentation on the company’s plan to be a leader in retail on sustainability at Federation of Australian Wool Organisation’s forum in Melbourne last Friday.

It is also the first Australian retail business to verify its traceability claims by partnering with technology company Oritain to take a scientific approach to verify where the Merino wool in each garment in its Australian Traceable Merino Collection comes from. Country Road launched its Australian Traceable Merino Collection earlier this year, which Australian Wool Innovation said earlier this year would comprise 29,000 units of traceable wool across its men and women’s ranges. The wool used in the collection can supposedly be traced back to just 25 farms in Australia. See the video above.

The retailer’s non-mulesed wool commitment has been welcomed by wool trade leaders as indicative of growth of demand for non-mulesed wool from the aspirant brand and retail sector into the mainstream apparel market.

National Council of Wool Selling Brokers of Australia president John Colley said when concern about sustainability and animal welfare issues transfers from aspirational brands into mainstream retailers such as Country Road, it affects the mainstream wool market and the everyday use of wool.

“This means that the requirement for the everyday type of wool is going to be of the non-mulesed variety as well.”

Mr Colley said the Country Road commitment is sending a message to everyone that “the world just doesn’t want to know about mulesing.”

“It is just not going to go away and this idea of not wanting to talk about it and telling everyone that we’ve got all the wool and if you want it you’ve got to come and buy from us is archaic stuff.”

David Jones and County Road Group Head of Sustainability Eloise Bishop said the retailers are proud to have launched their new Responsible Wool Strategy, which outlines a commitment to move exclusively to non-mulesed/ceased-mulesed wool by winter 2023 for all products with a wool composition greater than 30 percent.

“In developing this strategy we worked in close consultation with industry stakeholders and non-government organisations including RSPCA Australia, Four Paws Australia and Humane Society International Australia to ensure our commitments reflect a best-practice approach to animal welfare and sustainable farming practices.

“We are proud to be the first major Australian fashion retailers to publicly announce a time-bound commitment to sourcing non-mulesed/ceased-mulesed wool, and to be taking a leadership position against mulesing within the wool industry,” she said.

“The practice of mulesing does not align with our values as a responsible retailer and given the availability of viable alternatives, such as breeding strategies to eliminate the risk of flystrike, we believe we have a role to play in encouraging wool growers towards more responsible farming methods.

“We hope to see other Australian retailers follow our lead to create change in the global fashion industry,” Ms Bishop said.

“Although many brands are against mulesing, many more continue to use mulesed wool with no end in sight.

“Farmers across the country have told us they can transition away from mulesing within three to five years,” she said.

“There is no excuse for mulesing to continue long-term.”

“The geochemistry of the environment differs based on where in the world you are.

“Some environments are nutrient rich, some are poor, some are high in elements, some are low,” he said.

“These differences are what we measure, using the results to create a chemical fingerprint.

“We’ve mapped the chemical fingerprint of Australia and the majority of the world for wool, which we then use to verify where a product has originated,” he said.

“Our sheep are born on the property, and we’re responsible for looking after them.

“We are dependent on each other, in that we provide them with food and water, see that they’re well looked after and respect that they’re providing us the wool.

“We’ve got an opportunity to create an amazing garment for the fashion industry and it’s coming from an animal on our farm. It’s an amazing story in terms of a natural fibre.”