MONTHS of talks about reducing greenhouse gas emissions and carbon trading has fuelled significant interest in soil carbon farming, with many producers assessing their options.

Last week, agronomy and soil testing service Precision Pastures held a forum in the northern New South Wales town of Deepwater, that was attended by about 100 people from across the state.

“We were very fortunate with the timing because carbon projects are very topical at the moment,” Mr Webb said.

“This most recent interest in soil carbon has really lit a fire and motivated producers to take the next step in-terms of enquiring and looking at their ability to run a soil carbon project.” Precision Pastures runs a program testing soil carbon levels and advising producers about their options in gaining credits from the Federal Government’s Emissions Reduction Fund. Mr Webb said the company was struggling to keep up with the work.

“On average, we do a couple of those reports every month. But if we had more drilling rigs and analysts to help us process them, we could probably do 10 to 12 a week now,” he said.

“The methodology has only been around for a little over a year, so the starting level of knowledge by producers is very low.

“A lot of them are still asking questions about how long their project will run, what they have to do to start it and what will happen if they sell their property.”

The field day was looking at soil carbon farming, which under the Clean Energy Regulator’s method, requires producers to conduct baseline soil testing, then complete a change of land management that includes one or more ‘eligible activities’. The soil testing must follow specific guidelines such as minimum depth and random GPS location sampling. Toby Grogan from regenerative agriculture company Impact Ag Partners said this method was the next step in carbon farming, with less land available for traditional methods of locking up land.

“There are large tracts of land in western Qld and NSW, where they pull mulga every five-to-10 years and all they have to do is stop clearing to receive credits,” Mr Grogan said.

“But a lot of that ‘low hanging fruit’ is starting to diminish, so we need some of these other methods to do more of the heavy lifting.”

Carbon trading has also been a topic of discussion at the recent COP26 summit in Glasgow, with rules put into place for global trading of credits – meaning Australian companies could eventually sell ACCUs overseas.

Mr Grogan said regardless of international trading, ACCUs were gaining in value and were likely to keep doing it into the future.

“The Australian government buys it as cheap as they can and this year, they started doing offshore projects,” he said.

“But the spot price for ACCUs has spiked this year, especially trading into private markets. Demand is outstripping supply and we don’t see that changing anytime soon.”

Mr Grogan said carbon credits generated on farms, where there were co-benefits like grazing efficiency, were attracting a premium from buyers.

“Because companies like Shell and BHP can’t buy carbon off the shelf, they are moving closer to the generation of carbon credits. There is an opportunity going forward for some of these companies to potentially take on some of the risk of setting up a project,” he said.

“We’ve achieved premium prices for our product before because we are improving biodiversity and I think there is an opportunity for others to do the same.” 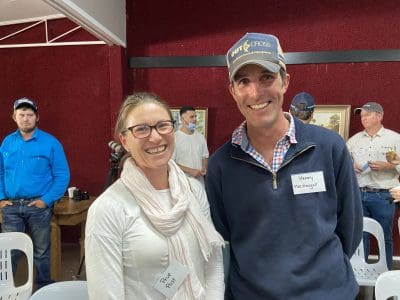 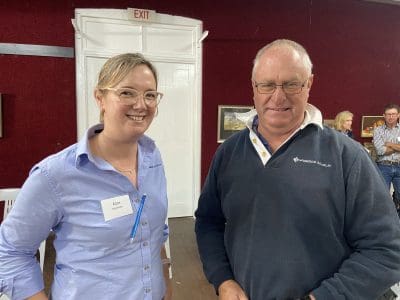 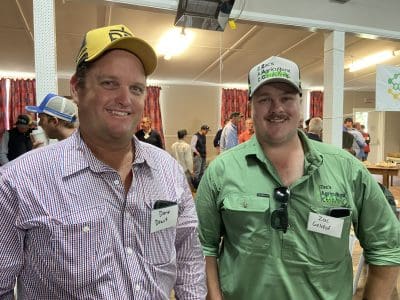 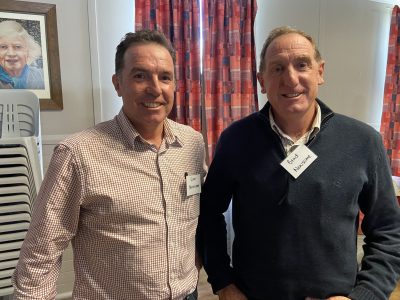 Sam and Brad Newsome from Tamworth.