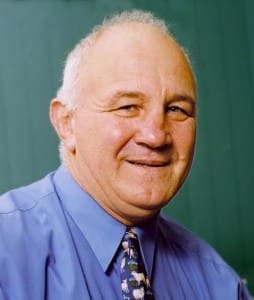 Competition for livestock in Australia has never been stronger, one of Australia’s largest private export processors has argued in a submission to a senate committee inquiring into the effect of market consolidation in Australia’s red meat processing sector.

The Senate Rural and Regional Affairs and Transport References Committee has been accepting submissions for its inquiry into red meat processing for over a month and the first eight submissions to be published have just appeared on the inquiry’s website (see here).

In one of the published submissions, Fletcher International Exports owner Roger Fletcher argues that red meat processors operating in Australia today are efficient, competitive and customer-focused, and must compete without government assistance in a highly competitive global protein market.

The only way to increase farmgate returns and still provide value to customers, he says, is to focus on reforming industry R&D and marketing work, improving road, rail and port efficiency and streamlining regulatory and tax systems.

Mr Fletcher draws upon more than 40 years of direct experience in livestock sourcing, processing and marketing.

The one-time drover and shearer has built his business Fletcher International Exports into one of Australia’s largest privately owned meat processing operations, and the nation’s largest sheep processor.

The company operates two abattoirs in Dubbo, NSW and Narrikup, WA, and has the capacity to slaughter, process and market over four million sheep a year.

Remaining processors are efficient and customer-focused

As recently as 25 years ago, Mr Fletcher said, many abattoirs in Australia were council or government-owned. They were poorly managed, inefficient and reliant upon government handouts to survive. More than 45 of these operations have since closed or gone bankrupt, he said, and not a single council-owned abattoir remains.

“What is left are efficient, competitive and customer-focused private enterprises with no government assistance competing in a highly competitive global protein market,” Mr Fletcher said.

He said processor exporters had driven gains in efficiency and productivity in several ways over the past 25 years, including:

– By moving from a carcase to a carton trade to unlock globally competitive container transport to any global market;

– By producing and marketing exacting products to specific customer requirements from a boneless lamb shoulder in a Japanese restaurant to a lamb rack on an American cruise line to a mutton leg in an indian curry house in the UK;

– By growing markets for Australian red meat – in 25 years Australian export processors had increased markets over 400pc and the mouths they can reach by over 300pc;

– By pushing efficiency improvements in livestock and container transport;

– By vertically integrating into further by-product production and marketing;

– By investing in quality assurance, meat safety and training; and

– By absorbing and improving on the government inspection service.

Competition has never been stronger

Despite the reduction in the number of abattoirs in Australia, Mr Fletcher said competition for livestock has never been stronger.

“Competition is strong with 7-8 highly efficient meat export companies competing for livestock in more regional markets on any given day,” he said.

Additionally, producers now had more marketing formats than in the past, including saleyard, forward contract, over the hook, paddock and online.

Processors had to ensure their plants were full every day of the year to achieve optimal efficiency, while managing supply increases and decreases, market fluctuations depending on seasons, festivals and economies, as well as deal with a perishable product.

“Any consolidation has allowed global brands to be formed and marketed to over 90 countries, hence allowing maximum increase in farm gate returns as products move way from commodity status.”

These gains had been so far reaching that Mr Fletcher estimates the cost of processing a sheep in Australia today is the same as it was 25 years go. But in the same period farm-gate returns had increased from $5-$100 for mutton and $20-$120 for lamb, he said.

Mr Fletcher said livestock producers had also achieve tremendous gains in animal health, productivity per head and lambing percentages, whilst battling the elements such as drought and floods.

“If Australia was to have a successful red meat sector, it had to be world’s best at every point in the supply chain from paddock to plate.

“Those that are not competitive in that system would fail.”

He said the government could assist by negotiating favourable market access for Australian red meat products in all global markets, providing an export framework that was free of inefficiency, and drive investment in road, rail and ports to ensure a globally competitive sector.