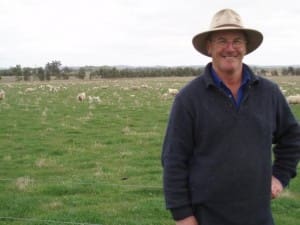 PASTURE growth could be restrained by clover root rot despite adequate fertiliser practices and soil fertility, recent research has found.

At a Pasture Update at Baynton near Kyneton in Victoria next week, senior consultant with the Mackinnon Project at the University of Melbourne, Lisa Warn, will present preliminary findings of a three-year MLA funded producer research project.

Plant pathologist Dr Martin Barbetti and his team from the University of Western Australia will outline their research into root rot disease and improving the performance of sub clover.

The Pasture Update on October 15 at will show central Victorian farmers how to improve their pasture and animal production and how to identify if sub clover root rot is a problem on their farms.

Ms Warn said the MLA producer research on three farms in the district is looking at different options to improve phosphorus fertiliser use efficiency.  Two sites with good phosphorus levels are investigating what other constraints to pasture growth might be present in the soil and the economics of using nitrogen and gibberellic acid to boost winter pasture growth.

“We’ve been getting really good responses to nitrogen in winter, even though the sub clover content of the pastures is quite good.

“There’s a rule of thumb that if you’re getting more than 25 per cent yield response, it could indicate there’s something wrong with the sub-clover which is either not nodulating properly or it’s got root rot,” Ms Warn said.

“We’ve been getting above 40 percent nitrogen responses at the two sites and this year we applied fungicide and got a really good response.”

It will feature a series of presentations at the Baynton Hall followed by a tour of sheep producer Gerard Ryan’s Baynton farm which has been used as an MLA producer research site to investigate nutrient and other soil constraints to pasture growth and responses to gibberellic acid.

Ms Warn said farmers such as Mr Ryan may have good pasture species present, apply maintenance fertiliser, have adequate soil fertility in soil tests and seem to be doing everything right, but still faced growth constraints.

“He’s got good clover content in the pasture and on the surface it looks fine, but the research shows there’s nitrogen deficiencies in a lot paddocks.

“We’re trying to burrow down into what’s holding the sub-clover back,” she said.

“There’s a lot of potential to grow more pasture.”

Ms Warn said the research by the Western Australian team, headed by Dr Martin Barbetti, showed sub clover root rot is a very widespread problem that most farmers are not aware of.

“We know that root rot can be a potential problem, particularly for some varieties of clover, but a lot of people don’t realise how big an issue it might be.

“It causes a hidden hunger in the pasture that people can’t identify from their soil tests,” she said.

“We’re encouraging people to have a look at their clover plants and look at their root systems to work out if it’s an issue on their place.”

Mr Ryan said he hoped the trial sites led to better pasture performance for all farms in the region.

“We’ve discovered on a lot of our pastures the clover is not performing very well, but we’ve also found ways we can grow more grass over winter.

“We’ve got to find resistant varieties and work on the root diseases as a long-term project. It’s quite widespread; not just unique to here,” he said.

Mr Ryan said the information at the Pasture Update could have significant repercussions for all farmers in the region.

The Pasture Update series aims to encourage improved pasture growth and production, improve grazing technology, and to help producers to achieve the most out of pastures and crops to increase animal production.

The Pasture Update is presented and convened by the Grassland Society of Southern Australia in conjunction with Meat and Livestock Australia (MLA). It runs from 9.30am-3pm at the Baynton Hall and on farm. It costs $25 for GSSA and MLA members, $20 for non-members.

To RSVP contact: Grassland Society of Southern Australia on 1300 137 550 or email [email protected]